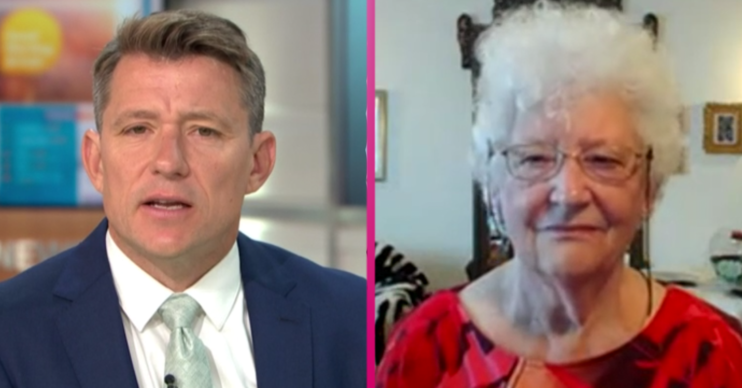 Should Maureen be a Good Morning Britain regular?

GMB fans have fallen in love with angry pensioner Maureen.

She appeared on the show today (July 10) to discuss the BBC’s plans to start charging the over 75s for TV licenses.

Maureen steals the show on GMB

From next month, more than 3 million households will have to start paying the annual £157.50 fee.

Only those on pension credit benefits will be exempt.

When asked for her thoughts, Maureen, who is in her eighties, gave a brutally honest interview on Good Morning Britain.

However, the tech-savvy pensioner used her screen time to tell viewers there were ways of getting around the fee.

“I can afford it but do remember there are other ways of watching TV or rather watching films,” she said.

“We don’t need to have a television!

“There are still some BBC programmes that we can see in other ways.”

Maureen went on to criticise channels that have too many ad breaks – ITV being one of them.

She continued: “The beauty of the BBC is the fact that they don’t have advertising.

“We’re pretty fed up with some of the advertising that repeats over and over again.

“I use these times to go to the loo and to do a small jog.”

Ranvir laughed: “I have to remind you that you’re on ITV and the adverts do pay for us!”

When asked about her favourite TV shows, Maureen explained that she enjoys documentaries, travel programmes and crime thrillers.

Playfully, Ranvir asked if she was a fan of Tipping Point – which is hosted by Ben.

Maureen had no issue with being frank in her response.

She told the presenters, “I don’t even know what Tipping Point is”, prompting a laugh from the studio.

Despite not having much of an education while growing up, she obtained a degree in her fifties.

“I did that degree at 50 because after the War, conditions were very bad and we were just trying to make a living,” she explained.

“You have to remember that after the war, all the bread winners were killed.

“Mothers had to look after us by themselves and the couldn’t turn a decent wage because most of thaw hadn’t been trained or had any particular useful skills.”

She added: “[Not paying the TV licence fee] is a small price to pay for the conditions that this group of people had to put up with after the War!”

Those tuning in at home showered the sassy pensioner with praise on Twitter afterwards and even called for her to become a regular guest.

“I’d like a coffee and chat with Maureen, she’s fantastic @GMB @benshephard,” wrote one.

Another tweeted: “I love Maureen! Tells it like it is Face with tears of joy Can we have her over while Piers Morgan is on holiday? #GMB @GMB.”

Moments later, a third posted: “#brilliant Maureen should have her own slot.”