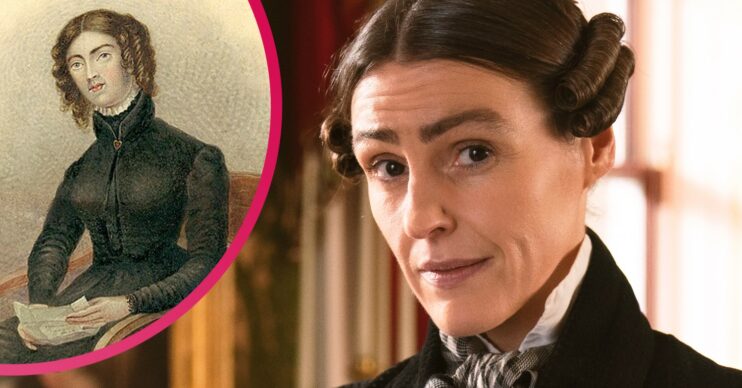 Gentleman Jack: What did the real Anne Lister look like? What did she die of?

The BBC One series is based on a truly formidable woman!

Before Gentleman Jack became a huge hit on BBC One, many people perhaps had not heard of the real Anne Lister.

And had a HELL of a lot of fun doing it.

Anne was F-I-E-R-C-E before the word became on-trend.

But what did she really look like, and how and when did she die?

Here’s everything you need to know about the character who inspired BBC One drama Gentleman Jack.

Read more: Vigil season 2: Suranne Jones will be back with the thrilling drama

Who was the real Anne Lister?

Anne Lister is now known as “the first modern lesbian”.

She was from a minor landowning family at Shibden in Calderdale, West Riding of Yorkshire.

Anne inherited Shibden Hall after her aunt’s death in 1836, and her wealth allowed her more freedom than most women at that time.

Although she lived after the so-called Age of Enlightenment, Anne was an extremely controversial figure at the time.

She laughed in the face of convention, and conducted multiple lesbian affairs from her schooldays onwards, often on long trips abroad.

Luckily for historians – and for Gentleman Jack fans – she wrote down her memoirs in her now famous diaries.

A significant relationship was with wealthy heiress Ann Walker, to whom she was notionally ‘married’ in Holy Trinity Church, Goodramgate, York.

In fact, the women took communion together on Easter Sunday in 1834 and thereafter considered themselves married, but without legal recognition.

The city is now celebrated as the birthplace of lesbian marriage in Britain, and the church has a commemorative blue plaque.

She adds: “Anne is known primarily as a diarist, and as a great lesbian lover who recorded her adventures with other women in secret code, but there are a myriad other things to know about this extraordinary woman.”

When was she alive?

Her parents had four sons and two daughters, but only Anne and her younger sister, Marian, survived past 20 years old.

Her life, as recorded in her diaries, detailed her pursuits – both politically and sexually.

Just centuries before, Anne may well have been burned as a witch for her boundary-pushing ways.

What did Anne Lister die of?

She was just 49 when she contracted a fever while travelling in Kutaisi (in Georgia) with Ann Walker.

Ann Walker had Anne Lister’s body embalmed and brought back to the UK.

Her tombstone was rediscovered in 2010, having been covered by a floor in 1879.

Anne Lister left her estate to her paternal cousins in her will.

But she gave Ann Walker a life interest.

The Grade II listed historic house Shibden Hall is now being used as a museum and is open to the public.

It has been used for filming the likes of Peterloo and, of course, the BBC One series Gentleman Jack.

How were Anne Lister’s diaries found?

Anne Lister wrote her diaries throughout her 49 years of life – and they contain over five million words.

They reveal much about contemporary life in West Yorkshire, including her development of historic Shibden Hall.

Many entries were written in code that wasn’t decrypted until long after her death.

Her descriptions of lesbianism were thought to be a hoax until their authenticity was confirmed.

Around one-sixth of the diary is encrypted in a simple code, combining the Greek alphabet, zodiac, punctuation, and mathematical symbols.

The diaries were found and deciphered by the last inhabitant of Shibden Hall, John Lister.

Instead, he continued to hide Anne Lister’s diaries where he found them – behind a secret panel at Shibden Hall.

Anne is described as having a “masculine appearance” and walk.

She dressed only in black, and was given the unkind nickname of Gentleman Jack.

Historians have discovered that Anne’s lover Mariana Lawton (née Belcombe) was initially ashamed to be seen in public with Anne.

This was as a result of short-sighted comments made on her “muscular” appearance.

What do you think of Anne Lister’s life? Leave us a comment on our Facebook page @EntertainmentDailyFix.