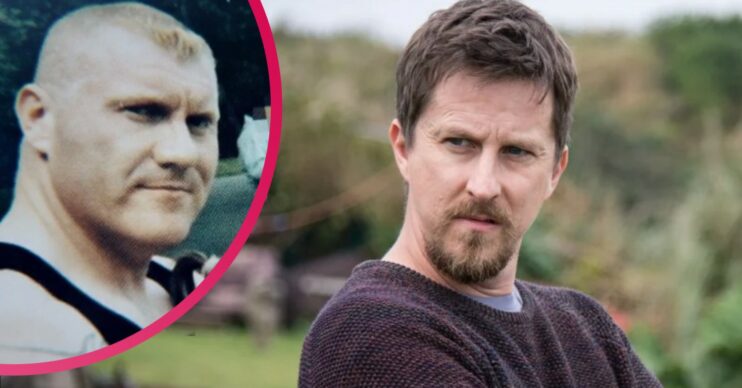 The Hunt for Raoul Moat is the latest true crime drama to be announced by ITV.

The channel has just confirmed the new series has started filming.

Actor Lee Ingelby stars in the drama, which has been written by the man behind Anne.

Here’s everything you need to know about The Hunt for Raoul Moat on ITV1.

What is The Hunt for Raoul Moat on ITV1 about?

The Hunt for Raoul Moat will focus on the high profile manhunt for killer Raoul Moat.

Raoul was a violent fugitive who killed one man, and seriously wounded two others.

The new true crime drama on ITV aims to “shine a light on the human tragedies that lay behind Britain’s biggest manhunt”.

The drama will be “told through the eyes of those who sought to bring a violent killer to justice”.

ITV1’s The Hunt for Raoul Moat will focus on the innocent victims of Moat’s crimes.

They were Christopher Brown, Samantha Stobbart and PC David Rathband.

The drama is written by novelist and screenwriter Kevin Sampson, famed for the recent drama Anne.

He says: “The hunt for Raoul Moat gripped me from the start, as it was the first such case to be covered ‘live’ by the new 24-hour news channels in the UK.

“Even then, it interested me that Moat was being portrayed by some as a ‘legend’ in spite of the brutality of his crimes.

“In 2022, violence against women remains rife and is all too often accompanied by a victim-blaming agenda.

“I hope this drama will go some way to condemning this narrative.”

Who stars in the cast of The Hunt for Raoul Moat on ITV1?

Of course, TV viewers know Lee from his roles in Innocent, Criminal UK, The A Word, Inspector George Gently, and Line of Duty.

TV fans will recognise her as Edie Flood in The Man Who Fell to Earth, Eadgifu in The Last Kingdom, and Hester in Humans.

What’s the story about?

ITV tells us that The Hunt for Raoul Moat begins with Moat’s ex-partner Samantha piecing her life back together following his imprisonment for an assault.

HMP Durham release him after serving a four-month sentence.

Despite making serious threats against Sam from inside prison, the former Newcastle doorman is hellbent on rekindling their relationship.

When he realises that isn’t going to happen, Raoul Moat equips himself with a shotgun to confront Sam and her new partner.

Raoul Moat began a violent rampage after his release from Durham prison in July 2010.

He went on the run after shooting three people in 24 hours.

Despite Northumbria Police’s best efforts, he evaded them for over a week, threatening to kill police officers and members of the public.

He eventually killed himself after a police stand-off.

When will the drama start?

ITV has not confirmed a start date for The Hunt for Raoul Moat.

The drama has only just gone into production, so we’ll have to wait a while to watch it.

Watch this space for more news, photos and trailers!

Do you remember the live manhunt for Raoul Moat in 2010? Leave us a comment on our Facebook page @EntertainmentDailyFix.