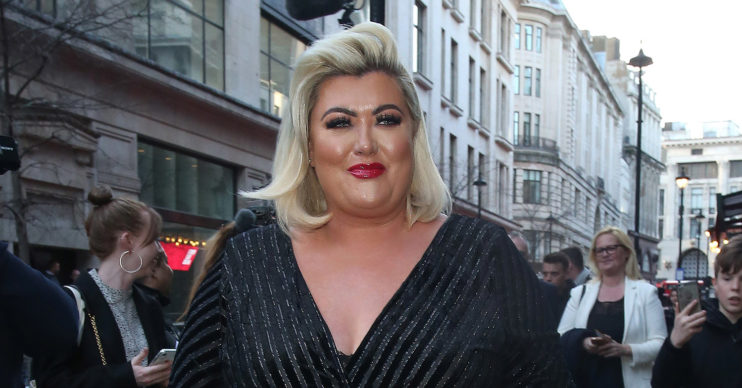 According to a new report, the 39-year-old former Towie star sees herself as the ‘plus-sized Posh Spice’.

Indeed, Gemma has had her own plus-sized fashion line for years. And apparently she thinks it will outsell Victoria’s clothing line one day.

A source told OK! magazine: “Gemma’s hellbent on being bigger than Brand Beckham and is convinced that if she continues working at the rate she is, she could top their $1billion worth within the next five years.

“Gem’s been trying to be as productive as possible during the lockdown and, as well as filming her show, she’s been working on career plans, writing down her next ambitions and setting herself various goals to hit by certain times.”

“She could top their $1 billion worth”

Gemma’s reality show Diva Forever was thrown into chaos over the lockdown.

Forced to film the remainder of her series at her brother’s home, she spoke of how her business plans are on hold.

She said: “I was meant to be kick-starting the show in China, in the factories picking the fabrics.

“I don’t stumble at any hurdle. When this corona is over I’m getting back up and I’m going to bring everyone up with me.”

She also admitted that she’d love to receive an OBE one day, just like Victoria.

She said: “The thing is I’ve been doing my bit for the nation. I wonder if in years to come I’ll be getting an OBE.”

The GC even added: “Posh Spice got one.”

Read more: Met Office reveals a heat wave is on its way for Britain

Victoria received an OBE in 2017 for her services to the British fashion industry.

In addition to Gemma’s plus-sized range and boutique shop in Essex, she also launched her own perfume last year.

Called Diva Pink, she designed and creates it as shown during the Diva Forever’s first series.

Currently Gemma is worth an estimated £2.7 million.

Victoria and David Beckham are worth an estimated £769 million.

Although Gemma has a while to go, Victoria’s own fashion range has suffered significant financial losses in recent years.

Indeed her Victoria Beckham line has failed to ever make a profit since it first launched in 2008.

Do you think Gemma Collins’ will surpass Victoria Beckham’s fame and fortunes? Share your thoughts with us on Facebook @EntertainmentDailyFix.