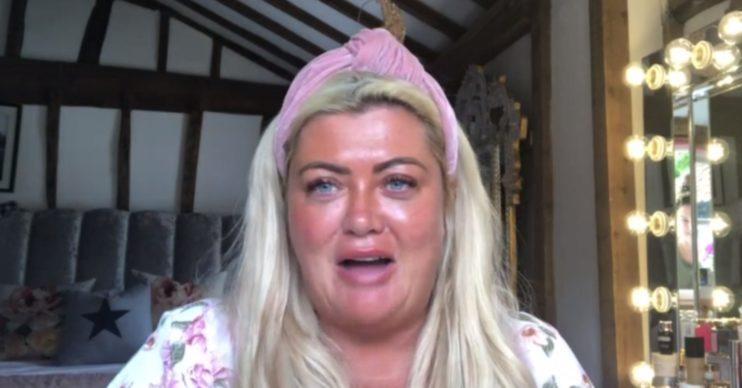 It made isolation even harder

Gemma Collins spoke about having a miscarriage during lockdown when she appeared on Loose Women.

The reality TV star, 39, was on the programme today (Thursday, August 6) to chat with the panel about her heartbreaking loss and other aspects of her life.

What did Gemma Collins say about her miscarriage in lockdown?

She said on Loose Women: “It was really difficult for me in isolation, with my condition PCOS [polycistic ovary syndrome]. It’s not easy to fall pregnant, and I suffered a miscarriage which was really sad during the lockdown period.

“Behind the smiles there’s been a lot of pain. Due to PCOS I just thought I was having an unusually heavy period. When you are a sufferer of polycistic ovary syndrome, it is something that can happen quite a lot.”

Elsewhere on the programme, she said: “Basically, I pray every night that everything’s going to work out with me. Because I’ve been quite lucky with my career, but my personal life is heartbreaking.

Behind the smiles there’s been a lot of pain.

“You know, having a miscarriage with someone you love very much was heartbreaking.”

Presenter Saira Khan asked Gemma if she would consider going to a sperm bank to become a mum.

'I pray every night that everything's going to work out for me… having the miscarriage was very heartbreaking.'

Gemma Collins tells the #LooseWomen why she's not afraid of the idea of having a baby by herself in future.

Determined to become a mum

“There’s that option,” the former TOWIE star admitted. “But you know, I’ve got my nephews and I treat them like my own. If I have to go down that route, I will do it.”

Gemma also spoke last month about a miscarriage she experienced in 2012.

On a July episode of her podcast, she said: “I’ve had some shocking things happen to me, I’m not sure I’ve spoken about this before.

“But I actually gave birth to a child, sadly, and basically the child was four months old. Basically I miscarried, but obviously the baby was formed and it died in front of me.”