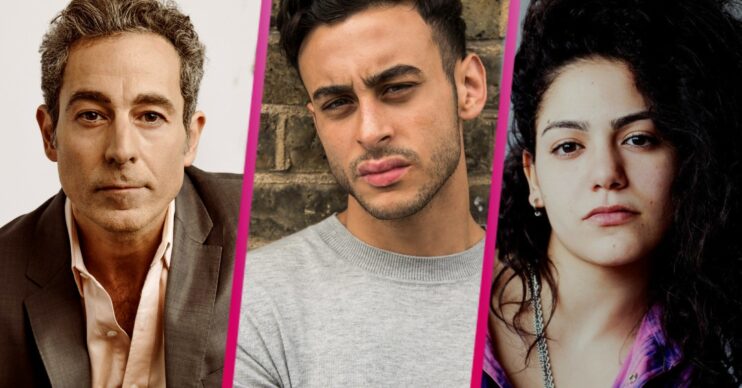 The upcoming series is due to air in 2022

The second series of Gangs of London has started filming with some brand new cast members, Sky Atlantic has revealed.

This week, the streaming service announced that filming is underway on the second series of the Sky Original drama.

And some new faces will be joining the ensemble cast from series one.

Read more: Gangs of London 2: Latest news on the second series of the Sky Atlantic drama

Sky Atlantic has confirmed that there will be several familiar – and some not so familiar – faces joining the cast.

Series two of Gangs of London is set one year after the tumultuous events of series one.

It charts London’s map and soul being redrawn.

Since the collapse of the Wallace Dumani empire, order is lacking…

The energy and chaos of a gold rush threatens the city with gangland anarchy.

The Investors are viewing the city as a place of ruin and decide enough is enough.

They license a new gang to restore stability, but drama instead ensues.

The brutal enforcers bring a new kind of authority, coldly designed to terrorise the other gangs into submission.

Anyone doing business in the city must now go through them…

The gangs must decide where their loyalties lie if they are to survive.

So who will win the battle for the soul of London?

What else do we know?

Gabriel Silver – Director of Commissioning, Drama – said: “I’m delighted that Gangs of London has begun shooting on the second series – with such a stellar creative team at the helm, who’ve masterminded a brilliantly woven story for its incredible cast.

“Delivering its trademark action and peerlessly visceral fight sequences it will definitely be worth the wait.

“Gangs of London is a record-breaking critical success and a great example of Sky’s commitment to innovation and bring viewers the very best cinematic storytelling.”

Meanwhile, Dan McDermott, President of Original Programming for AMC Networks and President of AMC Studios, said: “We welcome these incredible new cast members aboard the knuckle-gripping ride that is Gangs of London.

“Season one was an overwhelming success and now a critical darling in the US.”

When will series two of Gangs of London air?

The second series of Gangs of London will air on Sky Atlantic and streaming service NOW in the UK and Ireland in 2022.

It will be available in all Sky markets.

The first series is currently available to watch in its entirety on Sky Atlantic.

Each episode is just under an hour long.

Gangs of London is coming to Sky Atlantic and streaming service NOW in the UK in 2022.

Are you looking forward to the second series of Gangs of London? Leave us a comment on our Facebook page @EntertainmentDailyFix.