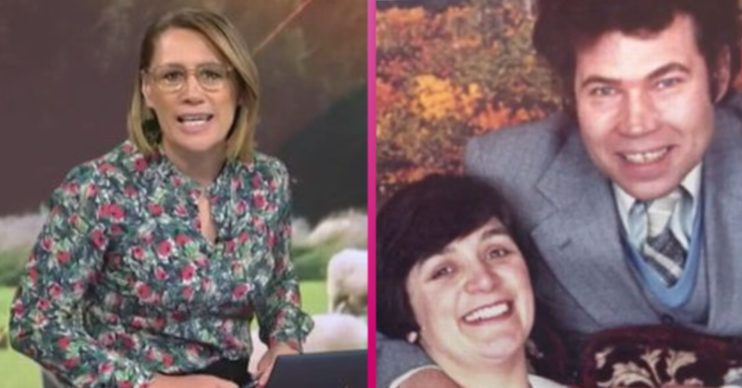 Telly hosts pranked to give shout out to vile murderers

Breakfast TV hosts wished Fred and Rosemary West a happy anniversary as they fell for a prank.

The presenters at the New Zealand television network were duped into believing the serial killers were celebrating.

That’s because the unsuspecting hosts were set up by a viewer during a regular family-based segment.

They wished the notorious murderers a happy anniversary, despite Fred’s death back in 1995.

TVNZ have issued a grovelling apology for the gaffe, which happened yesterday (Tuesday, December 8).

A photo of the vile couple was also shown on air as part of the Today’s the Day item.

We sincerely apologise to our viewers who saw this error on screen.

Viewers send in photos of loved ones, as well as messages, to mark special occasions.

It is a popular regular feature on the daytime series, usually shouting out people celebrating birthdays and family milestones.

Read more: What happened to Fred and Rose West?

But the show’s presenters had no idea they were being tricked into giving the killers airtime.

And in a horrible further twist, the hosts momentarily danced to ‘We are Family’ as they made the mention.

The track was playing in the background as they showed a snap of Fred and Rose embracing.

Presenter Jenny-May Clarkson said: “Today is the day that Francis and Violet Eastwood celebrate their 30th wedding anniversary. I love it!

“This is their children’s favourite photo of them, taken on their honeymoon way back in 1990.”

Oblivious fellow host Indira Stewart then made an affectionate gag about Fred’s hairstyle.

“Get that afro though,” she joked.

A further tribute to the ‘Eastwoods’ was then made on behalf of the couple’s “adoring kids”.

It was claimed that siblings Dan, Rachel and Edwin had sent in the pic.

And it was suggested that these brothers and sister described their mum and dad as “the most caring parents they could ask for”.

A representative for the broadcaster apologised profusely to local press.

She also noted that extra checks would be made in future.

Ms Howard said: “An image of Rosemary and Fred West was sent into the Breakfast team along with a false backstory for our Today’s the Day segment.

“Unfortunately, this wasn’t caught before going to air.

“We sincerely apologise to our viewers who saw this error on screen.

“Jenny-May spoke to our viewers as soon as the mistake was realised. She noted that we take responsibility for getting things right and we are now adding extra steps to make sure we’re not taken advantage of in this way again.

“We are disappointed someone chose to mislead us when this daily segment is an opportunity for our audience to share their positive news.”

“Can’t believe anyone would fall for that,” wrote another incredulous social media user.

And someone else commented: “They got done over good with that Fred West wind up on New Zealand TV.”

Fred and Rosemary West kidnapped, tortured and dismembered at least twelve young women between 1967 and 1987.

Two of their own children were among their victims.

Many of those they killed were buried at their home in Gloucester.

Fred escaped justice by taking his own life on New Year’s Day in 1995.

Rose was convicted of 10 murders, including that of her daughter. She was sentenced to life in prison.