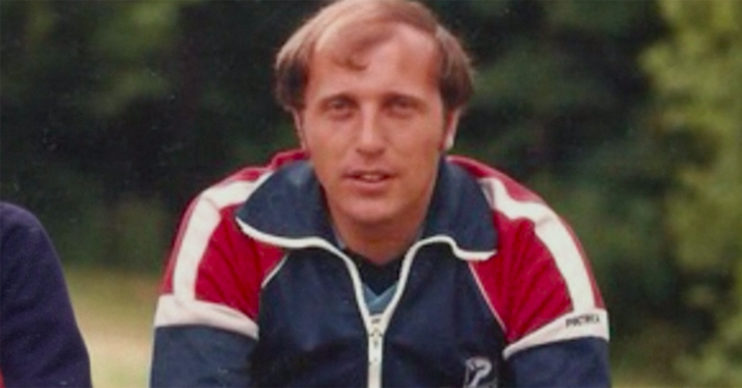 Paedophile is now behind bars

Football’s Darkest Secret is a new three-part documentary series led by Daniel Gordon on BBC One that explores sexual abuse and paedophilia within British football.

After the first episode examined the abuse of serial pedophile Barry Bennell, the second episode takes on Bob Higgins.

He is a former football coach at Southampton and Peterborough United youth academies. He was found guilty of sexually abusing young football trainees over the course of some 20 years.

What did Bob Higgins do?

Bob Higgins served as a football coach for several major teams in England from the early 1970s up until the late 1990s.

After Barry Bennell’s sick paedophile past was exposed in 2016, dozens of victims of Bob Higgins got in touch with the police.

They explained how Bob had groomed them when they were young teenagers.

He is described in the BBC documentary as having showered affection and praise on certain club trainees.

He then sexually abused them and attempted normalise his perverse behaviour.

Victim Billy Seymour explains on the documentary: “He gave me a lot of preferential treatment. It was quite overpowering.

He then detailed how he began sexually abusing him.

Meanwhile multiple other men describe the abuse they suffered at the hands of Bob in the episode.

They all share similar experiences. Bob made each of them feel uniquely special, only to go on and horrifically abuse their trust.

When was Bob Higgins first accused of abuse?

It was in the 1990s when his first victims came forward.

In 1991 he was charged with six counts of indecent assault against young boys.

However, he was acquitted on the direction of the judge over a lack of sufficient evidence.

Despite the trial he went on to train youths at Peterborough United.

He later gained a job as a manager at non-league Bashley.

When did Bob Higgins go to prison?

Bob was originally charged with 65 counts of non-recent indecent assault in 2017. The allegations spread from the 1970s and 1990s and 24 victims alleged abuse.

In his 2018 trial, he denied all charges. However, he was found guilty on one charge of indecent assault, not guilty on another and the jury did not reach a verdict on the remaining charges.

A retrial took place in 2019. Here Bob was found guilty of 45 counts out of a total of 51 of for indecent assault.

He was sentenced to 24 years and three months in prison.

He continued: “A number of the boys idolised you and were prepared, and did, anything to further their dreams of becoming a professional footballer.

“You encouraged many of them to treat you as a father figure. For a number of boys who were brought up without a father and were vulnerable, this had a profound effect.”

Bob Higgins is still alive and remains in prison. He is around 68 years old at the time of this publication.

How to watch Football’s Darkest Secret

All episodes of Football’s Darkest Secret are available to stream on BBC iPlayer. The series continues tonight and Wednesday, March 24 at 9pm on BBC One.