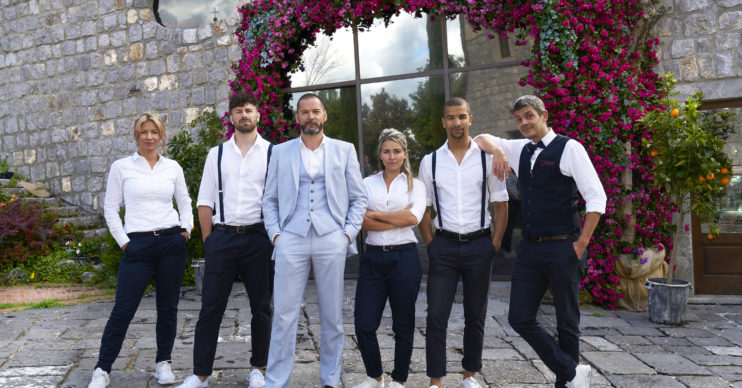 First Dates Hotel left viewers stunned last night when two female guests who had the hots for each other then switched dates!

Last week’s episode (Thursday, April 30) of the sunkissed dating show introduced us to Georgia and Rachael.

Both girls were at the hotel to find love with guys, but it turned out they knew each other – and had feelings for each other too!

As the cliffhanger left us wondering if they’d end up exploring their respective feelings, Thursday’s episode (May 7) dealt another huge twist.

With the girls deciding to spend more time together and seeing how things went, it turned out they hadn’t ended up together.

Fans said their minds were blown by the constant twists that just kept coming in the tale!

Omg #firstdateshotel NOOOOOO!!!!! What a twist

Hold up! Blain and Georgia?
That was the plot twist I don’t think any of us saw coming! #firstdateshotel

Omg that ending!! Didn’t expect that AT ALL!! 😱 #FirstDatesHotel

How did Georgia end up with Blain on First Dates Hotel?

Georgia had originally gone on a date with Robbie, while Rachael had dated Blain.

Both girls got on well with their respective dates, but it turned out they couldn’t really stop thinking about each other.

Georgia was the first to admit to the camera that although Robbie was “really flattering” towards her, she’d pick Rachael if she had the choice over who to spend the rest of the evening with.

Rachael mulled over it for a while longer, but then said: “In this situation if it was Blain or Georgia, it’s Georgia.”

The girls then spent the rest of their time at the First Dates Hotel together.

What happened after they left the First Dates Hotel?

The ‘what happened next’ recap confirmed that Georgia and Rachael had continued to see each other back home.

Both still insisted they were looking for a man long term.

And then it cut to Blain, who told the camera he was off out that night in Liverpool with… Georgia!

Georgia strolled into the camera shot and wrapped her arms around his neck as the screen then displayed several shots of the two of them looking intimate together.

Even First Dates admitted in the caption: “We stopped trying to keep up at this point”.

First Dates Hotel continues next Thursday at 9pm on Channel 4.