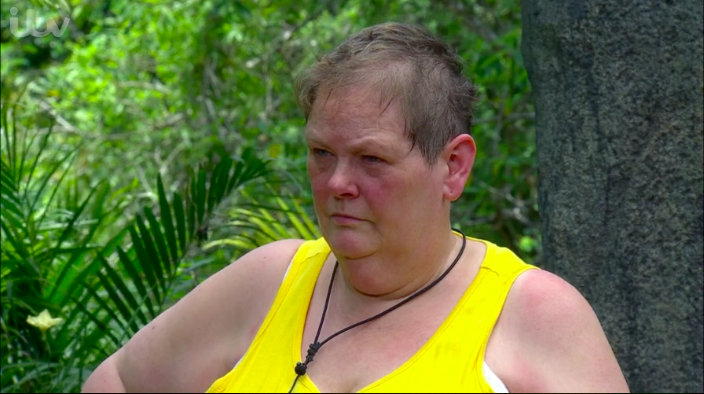 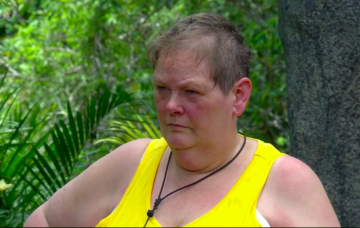 Many blamed the ITV producers

We were left with a dramatic cliffhanger on Saturday’s episode of I’m A Celebrity… Get Me out of Here! as the latest Bushtucker trial was revealed and two contestants headed off to face their fears in the jungle.

But some viewers of the ITV show were more concerned about contestant Anne Hegerty, who was ruled out of doing a trial on medical grounds again.

Presenters Holly Willoughby and Declan Donnelly arrived in the camp to reveal who would be competing in the latest challenge, after the public vote.

Holly, 37, told the campmates: “This one is called Catch a Falling Star and Anne is ruled out on medical grounds.”

The camera flipped to Anne, 60, who grimaced, but the other camp mates didn’t react.

The Chase star – who has Asperger’s Syndrome – has missed out on a few of the challenges already and some fans have questioned the move, tweeting: “What’s the point of going on the show when you know you can’t do most of the trials? #ImACeleb.”

However, many fans rushed to defend Anne, blasting ignorant comments.

One wrote: “To all those who think it’s ok to be rude about Anne; Do you even know why she is ruled out of trials? Probably not. I’m not talking Aspergers either. [Love] Anne #imacelebrity #ImaCeleb @anne_hegerty.”

Another added: “I love Anne, such a kind soul and I’m so proud, she is literally doing amazingly, she deserves to win this @imacelebrity @anne_hegerty.”

A third added: “The constant mocking of @anne_hegerty on @imacelebrity for not being able to participate in trials is shocking, and borderline ableist.”

Some blamed the producers for coming up with trials Anne can’t get involved in, tweeting: “I wish the producers would do a bush tucker trial that @anne_hegerty CAN do. Seriously I’m sure she would want to participate more, otherwise she’s wasted being there. Producers haven’t thought this through. #ImACeleb.”

Another added: “I do feel sorry for @anne_hegerty in @imacelebrity #imacelebrity getting exempt from majority of the trials. Give the women a go! She needs more screen time!”

Others pointed out that she has endured a challenge already, facing the intense Monstrous Monoliths Trial, where she was covered in slime, insects and fish guts.

In fact, it was such a brutal challenge, that Ofcom received complaints about it after Anne was only able to win two stars.

With Anne ruled out, it was revealed that Noel Edmonds and Nick Knowles would be enduring the Catch A Falling Star challenge on Sunday night’s show.

Do you think producers should try harder to get Anne on a trial? Leave us a comment on our Facebook page @EntertainmentDailyFix and let us know what you think.