Christine Lampard filled in for Lorraine Kelly on her show today and fans were over the moon.

The Loose Women presenter will be taking over presenting duties as Lorraine enjoys a well-deserved break for Easter.

But it seems fans loved watching Christine, 40, so much, they have called for her to replace Lorraine permanently. 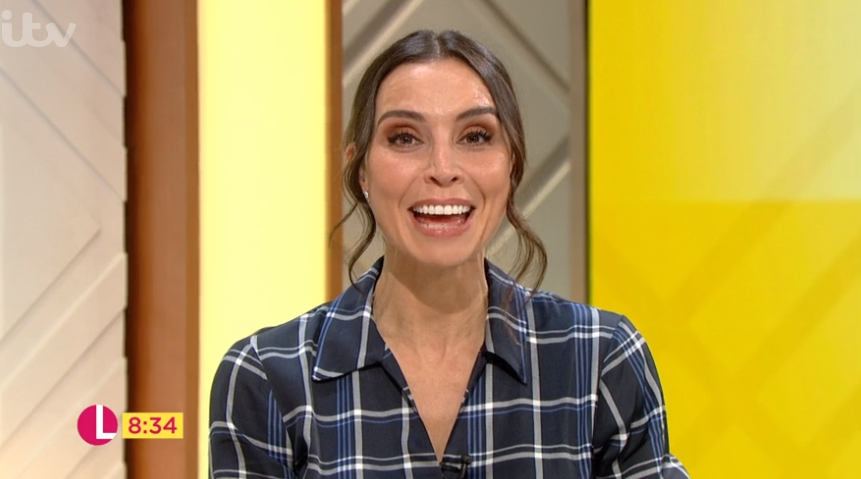 Some fans have called for Christine to replace Lorraine (Credit: ITV)

After Christine shared a snap of her outfit for the show to Instagram, fans were thrilled to see her back.

One person said: "I'm back watching Lorraine. Enjoyed today's show. Wish you were on every morning."

Another wrote: "Lovely to see you on Lorraine!! Please stay!" while a third added: "Welcome back Christine! And please please please stayyyyyy! (sic)"

During the show, Christine opened up about celebrating her first Mother's Day last month.

Opening the show, the star - who welcomed her daughter Patricia in September last year with husband Frank - gushed about her little girl.

I'm back watching Lorraine. Enjoyed today's show. Wish you were on every morning.

Revealing how she spent Mother's Day, Christine said: "We went out for lunch and she slept the whole way though it.

"She giggles a lot, she melts your heart."

Christine revealed she didn't get much sleep on Sunday night, but it wasn't due to her daughter.

She continued: "I was up yes, not with Patricia but with my dog! She decided she was hungry at 2am!

"The baby was fine! She's having good sleeps. She's up at half six in the morning. She's as good as you can ask for." 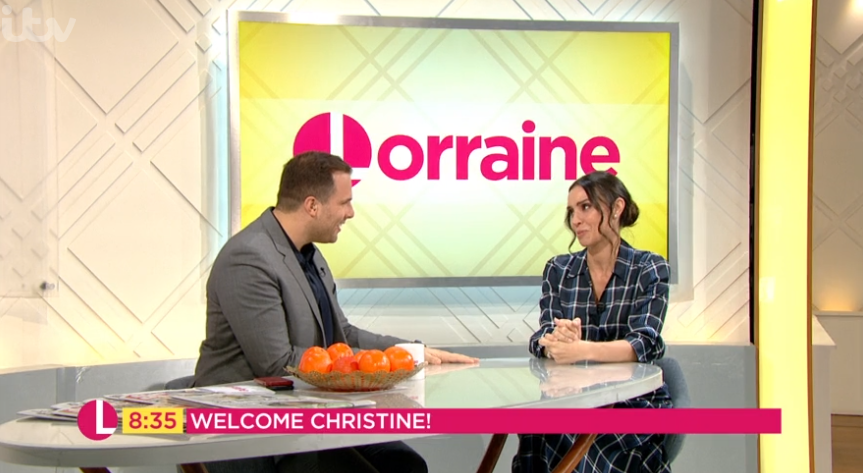 Christine gushed about her little girl on the show (Credit: ITV)

Last month, Christine shared a sweet photo of herself and Frank enjoying a day out with their baby daughter for Mother's Day.

Alongside the family snap, Christine wrote: "Lunch with hubby @franklampard and the little one. She slept the whole way through."

Lunch with hubby @franklampard and the little one. She slept the whole way through 🤷🏻‍♀️😘

Speaking about being a stepmum to Frank's daughters, Christine told Lorraine last year: "I have had the girls since they were four and two and they are 13 and 11 so I have been through all the toddler years, the primary and secondary school bit and teenagers are around the corner, that is preparation, although the baby years is all new to me!

"So I’ll take it day by day really, like every other new mum."

Did you enjoy watching Christine on the show today? Leave us a comment on our Facebook page @EntertainmentDailyFix and let us know!