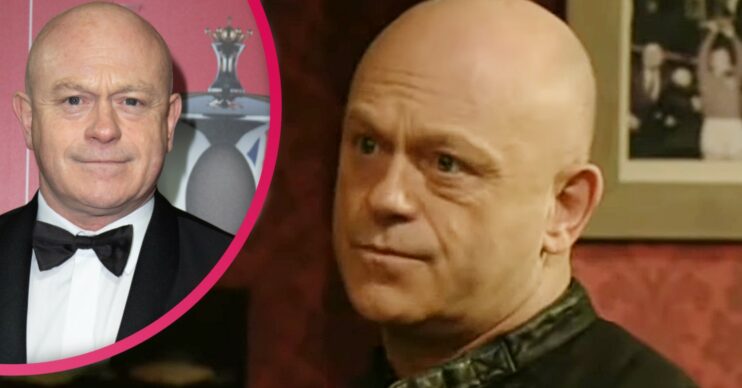 Could make a comeback?

Former EastEnders star Ross Kemp has hinted that he may make a return to the BBC One soap.

What did Ross Kemp say about EastEnders?

Ross, who played the iconic Grant Mitchell between 1990 and 1999, spoke to the Daily Star.

He said: “I miss acting sometimes. I miss the jokes and the camaraderie.

“You can never say you’ll never do something again, so it would be remiss of me to say I’d never go back to EastEnders.

He continued: “I’m not in a position where I can turn down work, whatever it may be. And variety is the spice of life, especially at my age.”

Since his EastEnders exit, Ross has found fame as a documentary film-maker.

A succession of series for Sky showed him go on the front line to report from Afghanistan and go undercover to portray gang life.

He’s also made series for ITV, to great acclaim.

Ross has investigated life in prisons across the UK, and found out what it was like to be on the NHS frontline during the Covid pandemic in 2020.

What is Ross doing now?

After a decade of EastEnders, Ross made a return to the soap in May of 2016 for 12 episodes.

Grant was seen attending mother Peggy’s funeral in Albert Square, and then returned for another three episodes the next month.

He’s about to front a new gameshow for BBC One called Bridge Of Lies, but stated that he’s open to a return to acting.

In June, he told GMB: “All I will say, you know, I’ve got a mortgage to pay like everybody else… so whatever comes my way.”

“Who knows, that’s not my decision, that’s somebody else’s I have to say.”