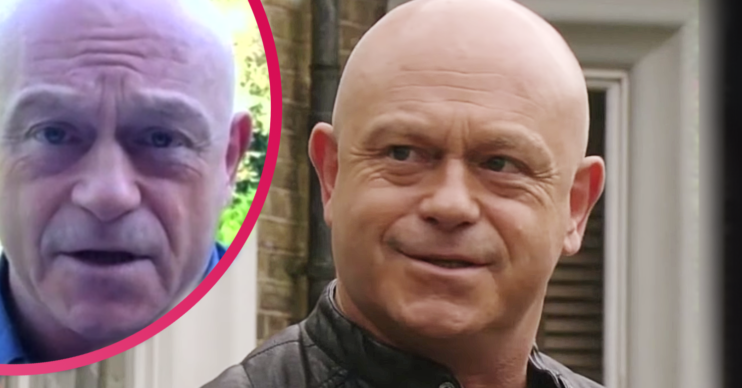 EastEnders: Ross Kemp addresses rumours return to the soap and says ‘whatever comes my way’

He hasn't been in EastEnders since 2016

Ross Kemp has addressed rumours that he will return to EastEnders in the near future.

And during his chat with presenters Adil Ray and Ranvir Singh, he didn’t dismiss the idea of returning to Albert Square.

What did Ross Kemp say about a return to EastEnders?

During the show, Adil asked: “I want to ask you though, bit similar to my career, I did a bit of presenting and also acting, but I haven’t seen you act for a while, have you put that on the back burner?

“Are you looking at scripts? Could we see you on our screen acting again soon?”

Ross replied with a smile: “All I will say, you know, I’ve got a mortgage to pay like everybody else… so whatever comes my way.”

And, when Adil pressed him on whether fans could see Ross as the iconic Grant Mitchell again, Ross answered in ambivalent fashion.

“Who knows, that’s not my decision, that’s somebody else’s I have to say,” he said.

When did Ross appear in EastEnders?

The last time Ross appeared in the BBC One soap was in 2016, when Grant was seen attending Peggy Mitchell’s funeral.

Before that sad moment, Grant first appeared on soap fans’ screens in 1990, as one part of the brothers partnership, Grant and Phil.

And, during his time on the Square, Grant was involved in some of the show’s biggest ever storylines, including Sharongate in 1994.

What else has Ross been up to?

Ross also appeared on the show to publicise his Cheers For Volunteers initiative.

After travelling around the UK during the pandemic for a hard-hitting Covid documentary, he now wants to give back.

Last week he took some volunteers out for a drink in north London.

Read more: Ross Kemp: Who is his wife, does he have children – and has he given up acting?

He said: “Wherever you will be at 5pm on July 4 please join me in raising your drink of choice to all of the volunteers who have seen us through the pandemic.

“The last year has been hard for all of us, but we also saw it bringing our communities closer together.

“Whatever happens next in the pandemic we’re going to need to keep that community spirit going.”