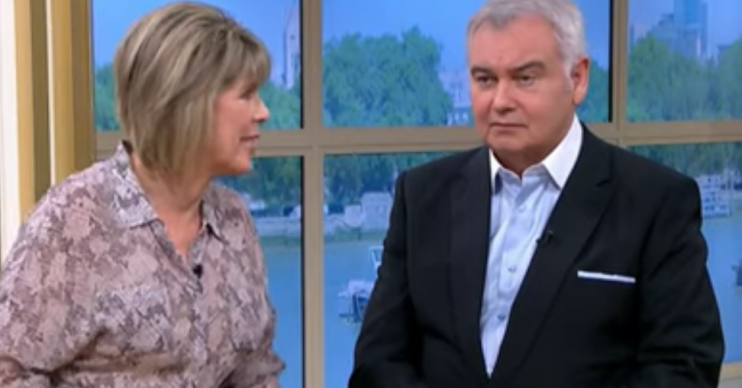 Eamonn Holmes appeared to insult Ruth Langsford about her size with a cheeky jibe on This Morning.

During today’s (21.08.19) episode of the programme, the pair were presented with a model of the studio made out of Lego, complete with all the furniture and miniature versions of themselves.

Ruth took issue with her own model and asked Eamonn: “Why do I look twice the size of you? Is someone trying to tell me something? 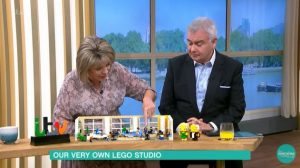 Eamonn, completely out of nowhere, quipped: “That’s because… you are.”

Ruth took it on the chin and burst out laughing before continuing to examine the model.

She said: “That’s fantastic. Look at the kitchen and all the little jars, the little utensils and everything. It’s so clever. Flowers on the table. They’ve got Alison Hammond over here. Is that Rylan? The cameras are good. That’s really lovely.”

Eamonn pushed his luck again when they turned their attention to two larger models of themselves made from Lego bricks, as he told her: “Look, they’ve even done bigger versions of us where you’re even bigger, Ruthie!”

Accidentally knocking the figure of Ruth over, he said it was like the time she fell over at the races and scuffed her knees.

Elsewhere on today’s edition of This Morning, one guest got viewers riled up by claiming that losing a pet is nowhere near as sad as losing a family member.

Anna May Mangan was on the show to argue that employers should not give staff time off following the death of a pet, calling the idea a “scam”.

As the debate unfolded, Eamonn and Ruth both admitted they would stay off if their beloved dog Maggie passed away.

It’s not the only divisive issue raised on the programme this Week.

Monday’s (19.08.19) episode featured an interview with animal behaviourist Jo-Rosie Haffenden ahead of her controversial Channel 4 documentary, Train Your Baby Like a Dog.

But after the programme aired on Tuesday night (20.08.19), a large number of people came out in support of Jo-Rosie’s unconventional child-rearing techniques.