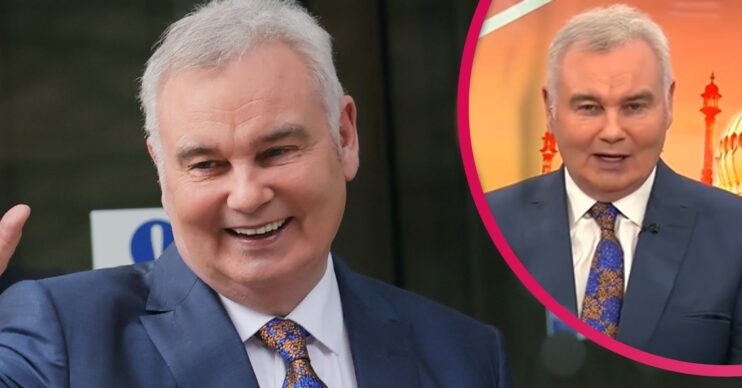 Eamonn made his debut on the show on Monday

The former This Morning presenter made his debut on his new breakfast show on Monday (January 3).

Many of Eamonn‘s fans were over the moon he was back on screen with a brand new show.

But Eamonn was forced to hit back at some viewers who criticised the programme.

Despite some criticism, Eamonn revealed on Twitter that ratings have been great.

He tweeted on Friday: “As we reach the end of week 1, we are indebted to you for record @GBNews figures.

“So have your Breakfast with us on TV or Radio.”

Fans were thrilled for Eamonn and sent their congraulations to him on Twitter.

One person said: “Enjoy watching you on GB News. I’ve been late to work every morning.”

A third added: “Great first week, enjoying it very much.”

Eamonn made his debut on GB News last Monday alongside his co-star Isabel Webster.

Earlier this week, Eamonn thanked fans for their support.

He wrote on Twitter: “Folks, thank you for getting behind me for the new Breakfast show.

“A lot of people are working hard to give you a show where your views are a big part of the news.”

However, one person replied: “Too right wing for me Eamonn.”

Eamonn then hit back at the criticism.