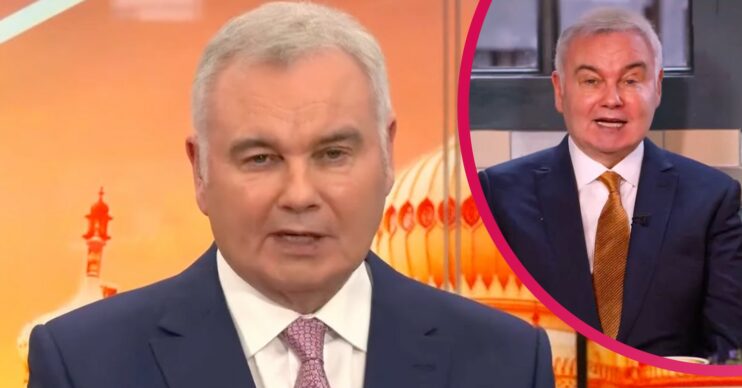 Eamonn made his first appearance on Monday

Eamonn Holmes has hit back after a fan claimed that his new GB News show is “too right wing”.

The former This Morning presenter made his debut on the channel yesterday (January 3), alongside co-host Isabel Webster.

Shortly after appearing on screen, Eamonn took to social media to thank viewers for their support.

The 62-year-old star insisted that the channel was “making history” following his debut.

He tweeted: “Folks, thank you for getting behind me for the new Breakfast show.

“A lot of people are working hard to give you a show where your views are a big part of the news.

However, one user appeared to take issue with the breakfast show.

Replying to Eamonn’s tweet, they wrote: “Too right wing for me Eamonn.”

The remark didn’t go unnoticed with the Northern Irish star.

His response appeared to divide followers, with one saying: “Pat’s correct – the whole channel is right wing so I’ll never watch it.”

However, others defended the channel.

Another added: “Genuinely give it a go, don’t believe what you’ve been told or read in bias reports. GBN has an editorial slant, but it’s passionate about all views and perspectives. Breakfast today was outstanding tbh.”

A second shared: “Balanced, not right wing. Both sides always given an airing. Have a look/listen for yourself.”

A third tweeted: “You clearly haven’t watched the channel.”

Eamonn made his debut appearance as host on Breakfast with Eamonn and Isabel on Monday (January 3).

The star previously quit ITV’s This Morning to join the channel.

“I’m having some lovely messages from people all around the country who are looking forward to whatever we’re going to do differently,” Eamonn said at the start of the show, adding: “Hopefully we are going to do lots of things differently.”

But not everyone was impressed by his debut.

One viewer claimed that the show was “rubbish”, while another branded Eamonn’s new venture as “unwatchable”.

It comes after the presenter appeared on This Morning for 15 years alongside wife, Ruth Langsford.