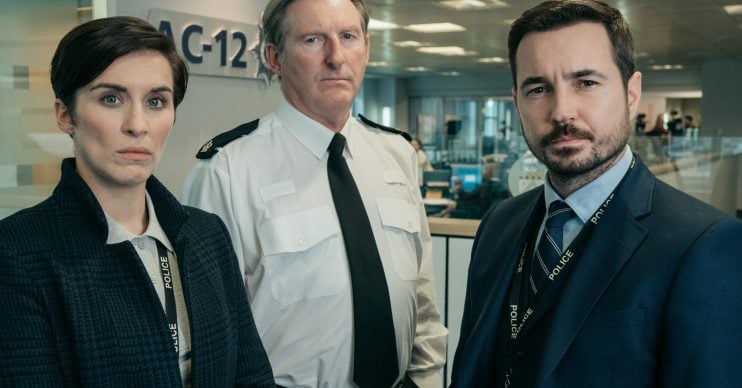 He can't do both shows at once

Jed Mercurio is still in talks with the BBC about the future of Line of Duty and Bodyguard.

The writer and creator of both hit Beeb series has admitted he hasn’t made firm plans for what will come next after the Line of Duty season five finale on Sunday night (May 5), but he confirmed there was no chance of him working on two shows at once.

He told Digital Spy: “We’re currently in talks with the BBC about the future of both series. So at this point it’s not possible to say what will happen next.

“But it’s impossible to work on the two of them simultaneously, so it would have to be sequential.”

In the feature length Line of Duty finale over the weekend, it was revealed that Ted Hastings (Adrian Dunbar) isn’t ‘H’, and there are actually four corrupt figures holding senior positions within the police service.

While ‘Dot’ Cottan (Craig Parkinson) is one of the four – with ACC Hilton (Paul Higgins) and now Gill Biggeloe (Polly Walker) also revealed as an associate – there is still a fourth individual to be discovered.

Jed explained: “You have to consider what the origin of that term is, which I think is something that I think has been lost in a lot of the discussion about it.

“It isn’t a codename, it’s something that comes from Dot. The police started using this term because they believed that Dot was giving a specific clue that the person’s name began with ‘H’ – so the police used that.”

Some fans were left disappointed by the revelation about ‘H’.