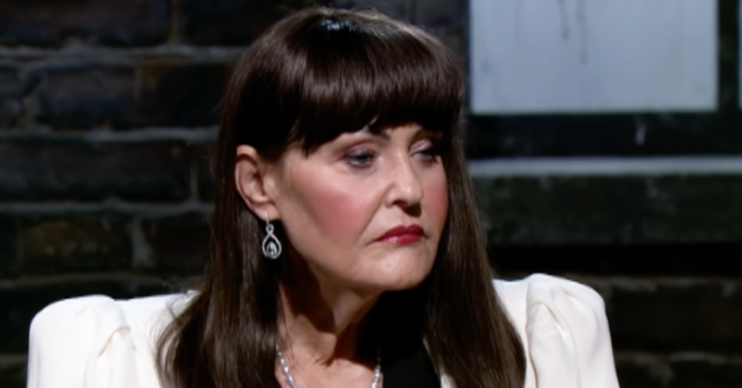 She was at her holiday home in Morocco when she died

She was staying at her holiday home in Morocco at the time of her death.

Hilary died yesterday (June 11) at her holiday home in Morocco, her agent told The Sun.

Her rep: “I can confirm that Hilary sadly died yesterday.”

While they didn’t reveal a cause of death for Hilary, they did add: “She had been ill for some time.”

When did Hilary appear on Dragons’ Den?

Hilary joined the cast of Dragons’ Den in February 2011 following the departure of James Caan.

She announced her departure the following summer.

She then signed a two-year deal with Channel 4 and joined the Loose Women panel in 2015.

Hilary, who made her fortune as the boss of a haulage firm, was awarded a CBE in 2013.

She was given the nod for services to the transport industry and charity.

Twitter was quickly awash with tributes as the sad news came in.

“A very sad los of an inspiring businesswoman,” said one.

Sad to hear Hilary Devey has passed away. What an iconic woman. Her seasons of Dragon’s Den will always be some of my favourites ever.

“RIP Hilary Devey. Didn’t watch much of Dragon‘s Den when she was on there but the work she did for the transport industry and raising money for several charities has to be respected,” said another.

A third said: “Sad to hear Hilary Devey has passed away. What an iconic woman. Her seasons of Dragon’s Den will always be some of my favourites ever. Shoulder-padded icon forever.”

“So sad. Hilary was amazing on Dragons’ Den,” another concluded.