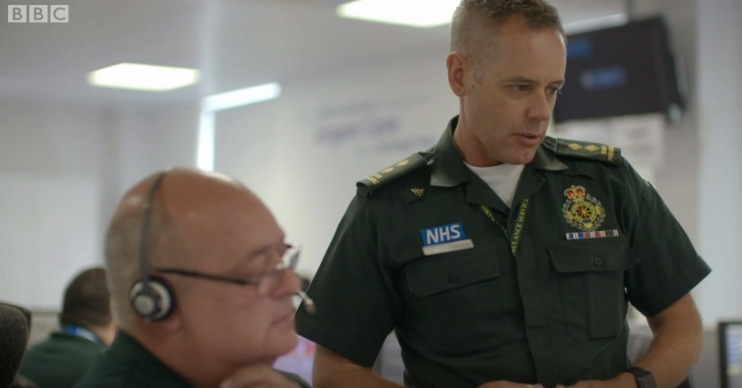 She was 86 years old

The show’s penultimate episode saw call handler Frank arrange help as the caller calmly explained he was unable to continue caring for his partner.

The man said: “I’ve killed my wife. She can’t walk. Incontinent. And I can’t cope. So I’ve killed her.”

Frank asked the caller about weapons but the man explained he had “only a lump of iron”, and when he assures him help is coming, the caller informs him there’s a children’s birthday party taking place next door and asks them not to “spoil it” by using sirens.

He adds, matter-of-factly: “She’d dead, that’s all there is.”

It was a harrowing moment but many viewers were saddened by the caller’s situation.

One said on Twitter: “What have I just listened to on #Ambulance, an old man rang through and just said he killed his wife. So sad, imagine taking that call man.”

Another wrote: “Heartbreaking if this is a real call. Terrible situation. Poor man and obviously wife.”

A fourth tweeted: “How low must you be to murder your wife because you can’t take the care anymore.”

But others were angry that he’d taken such a drastic step to end his wife’s suffering.

Someone fumed: “Men are [bleeping] disgusting. You don’t get to murder your wife just because you, a Special Important Man, can’t be [bleeped] looking after her or finding a service that can.”

A second tweeted: “You [bleeping] kidding me, this guy killed his wife because she was old and couldn’t walk or anything and he couldn’t cope? So he killed her.”

After taking the call, Frank had a moment to himself in a break room and revealed it’s not the first time he’s had to take a call like that.

Specialist paramedic Justin, reflecting on the emotional strain call handlers face, said: “No one can do this job for any length of time and not come away a little bit a changed person. They have heard things that most humans don’t want to hear.”

He added that staff can never “fully detach” themselves from what they hear as they “need that empathy”.

And when they move on, there is always “one more 999 call” waiting for them.