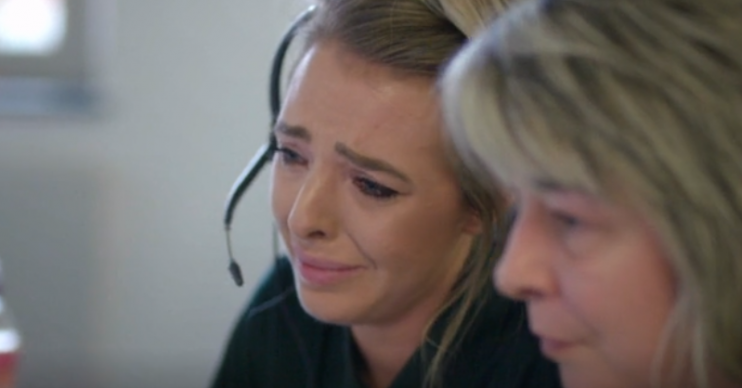 Fans of BBC documentary series Ambulance will see the heartbreaking moment a 999 call handler breaks down in tears as she tries to save a life.

In tonight’s episode, Laura Pilling is visibly emotional as she advises a caller who finds a relative hanging.

Throughout the distressing scene, she guides the panic-stricken caller through the resuscitation procedure and tries to save the patient.

Laura was on today’s episode of This Morning and revealed that the incident brought back painful memories of her mum’s death when she was a child.

Speaking to hosts Eamonn Holmes and Ruth Langsford about taking difficult calls, she said she “has to” as it’s often just her and the caller on the other end of the phone, and if she was to give up, “there’s no one there to help them”.

Describing how the call in the clip reminded her of her mum’s death, she said: “Me and my sister lost my mum when I was 12 years old. It was a traumatic experience. She had a hemorrhage in front of us and she passed away.

“Going through something at such a young age and the relief we felt when the paramedics arrived. I want to go into someone’s house and have them feel that for me and give assistance.”

The experience, she said, allows her to relate to “how horrific it can be” for people in emergency situations.

Laura, who works at the North West Ambulance Service control room in Greater Manchester, is now looking to train to become a paramedic as she wants to be able to help patients on the ground.

She is due to embark on a three-year paramedic degree at university this September.

With two small children at home, Laura said she tries not to take her work home with her after her shift ends – but admitted it’s hard.

She explained: “You take a call and they say to think about it when you’re at work and not take it home. But we wouldn’t be human if we didn’t go home and think about who we spoke to.”