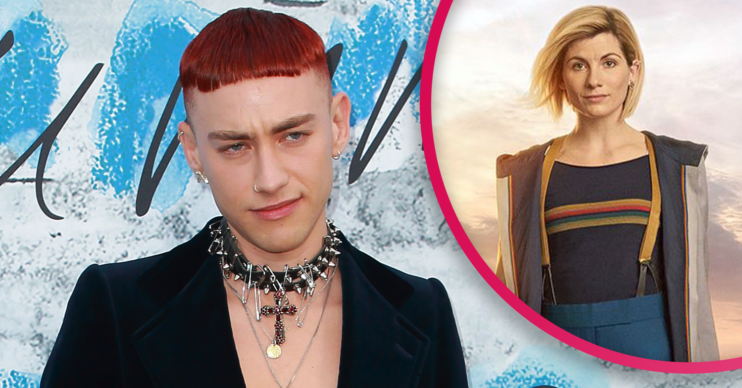 Some have accused the BBC of 'box ticking'

Olly Alexander is reportedly in final talks to become the new Doctor Who.

If he signs on the dotted line, the It’s A Sin favourite will become Doctor Who‘s first-ever gay Time Lord.

However, while many are entirely thrilled at the prospect of him taking over from Jodie Whittaker, others have accused the BBC of “box ticking”.

So what’s the latest on Olly Alexander becoming the next Doctor Who?

A source told The Sun: “Olly is on the verge of being announced as the new Doctor. Negotiations are at an advanced stage.

Read more: Who are the bookies’ favourites to be the 13th Time Lord?

“He’s been heavily promoted for the role by Russell [T Davies] — who he’s worked closely with on other projects. Russell was impressed with his work and felt he was a great fit for the Doctor.”

A BBC insider added there was “lots more to come” from Jodie’s Doctor, with the actress filming episode for 2020.

They said: “As ever, bosses are staying tight-lipped about what they have planned.”

So what have Doctor Who fans said?

The majority of fans are absolutely thrilled at the prospect of Olly taking the reins.

However, not everyone feels he same.

“One has to ask why?” one Doctor Who fan pondered.

“If Olly is in the frame because of his acting chops no problem, but if he’s chosen just because he is gay and the BBC wanted to tick a diversity box, then they will repeat the same mistakes as with Jodie,” they added.

Read more: What’s next for Russell T Davies after It’s A Sin?

Another was more blunt.

“Your woke audience will love it. The rest of us ‘bigots’ will just walk away,” they added.

“I’ve watched Doctor Who since the late 60s. The programme went downhill after Russell T Davies left and it shows. Shall not watch. Bit like most BBC programmes, I’ve switched over, sad to say,” they added.

‘Your ignorance is really sad’

However, many Doctor Who fans had Olly’s back.

“Not quite sure that hiring the lead actor (who got rave reviews) of one of the year’s most critically acclaimed worldwide shows is ‘box ticking’,” said one.

“But I suppose you need buzzwords to make your homophobia look clever,” they said.

BBC Doctor Who It's a Sin olly alexander