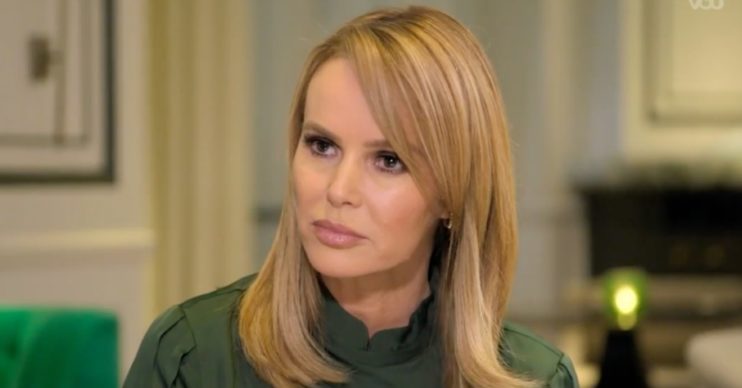 DNA Journey viewers watched on as Amanda Holden was awkwardly snubbed by her long-lost cousin.

The 50-year-old Britain Got Talent judge was joined by Alan Carr on the ITV ancestral show last night (March 17).

During the episode, Amanda met up with her fourth cousin that she never knew existed.

But while Amanda seemed pleased to meet up with Linda, she didn’t exactly get the same response.

At one point, the pair travelled into London for cocktails with Linda.

As Linda caught a glimpse of them walking in, her face immediately lit up over Alan, 44.

Ignoring Amanda, she said: “Are we cousins?”

The mum-of-two then answered: “We’re cousins,” with Linda replying, “That’s not what I expected.”

Thankfully, Amanda took it well as she joked over Linda’s “gutted” reaction.

Meanwhile, it didn’t take long for viewers to pick up on the awkward moment.

On Twitter, one said: “Amanda getting third wheeled by her own cousin is absolutely golden #DNAJourney.”

Amanda getting third wheeled by her own cousin is absolutely golden

Another said: “Amanda’s cousin on #DNAJourney was a bit rude! So awkward. Anyone notice they have the same lips?!”

Furthermore, a fifth said: “I didn’t take to @AmandaHolden’s cousin on #DNAJourney. She looked more interested in Alan. Did anyone else notice? Love your story Amanda.”

Meanwhile, also on the show, Amanda discovered one of her relatives was a founding member of Battersea Dogs and Cats Home.

Having been an ambassador of the shelter for years, the news brought her to tears.

An executive for Battersea home explained: “We’ve got something really quite interesting to tell you about an ancestor of yours, Thomas, who had a real connection with Battersea.”

Read more: Amanda Holden defiantly strips to her pants after hitting the age of 50

In addition, it was revealed that one of Alan’s ancestors was a celebrated war hero before he died in World War II.