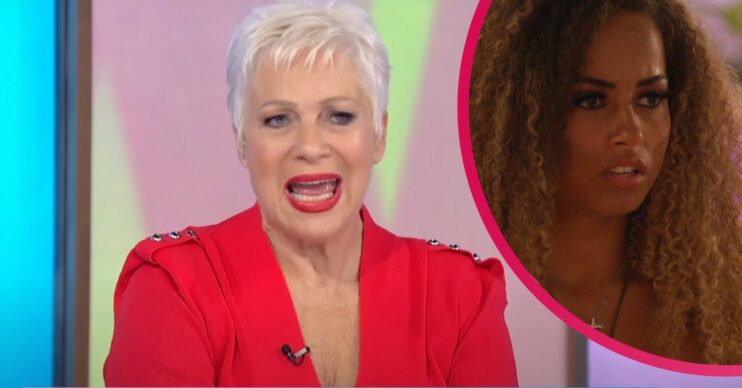 Denise Welch in rant about affairs on Loose Women

Denise shared her own experiences

Denise Welch had a furious rant about affairs on Loose Women today and took issue with how it’s always ‘the other woman’ who’s blamed for them.

On today’s (Monday 22 November) Loose Women episode, the panellists had a debate about whether it’s right to blame ‘the other woman’ for an affair.

Why did Loose Women debate about affairs?

The debate was sparked following recent stories about footballer Jack Grealish‘s love life. It had been reported that the football star had been dating both Emily Atack and Love Island’s Amber Gill.

What did Denise Welch have to say?

Denise spoke about the treatment of Amber by the press and the public. She said: “If that girl did not have an affair with Jack Grealish and she says she didn’t, so I choose to believe that she didn’t, how dare any newspaper say that she did. And put it on the front page and cause such distress.”

Denise then went on to talk about some of her ‘affair’.

What else did Denise Welch and the Loose Women say?

“I’m the villain,” Denise agreed. She then said women she knew said if they found their partner in bed with another woman, it’s the woman they’d go for.

Denise then went on to say that there is a stereotype that it’s “almost sort of expected” of men to cheat and that that was “absolutely horrendous”.

Charlene agreed with Denise. She said that there’s an idea that if a man and a woman are married, and the man cheats, it’s the woman who he cheated with who’s at fault.

Brenda Edwards said that women are always seen as the ‘temptress’ and that that narrative is “never gonna change”.

Amber responded to rumours about her relationship with Jack Grealish the other day. She said: “For absolute clarity and in MY words, I’ve never been the ‘other woman’ nor will I ever be.”

What did you think of the Loose Women debate today? Leave us a comment on our Facebook page @EntertainmentDailyFix and let us know what you think.