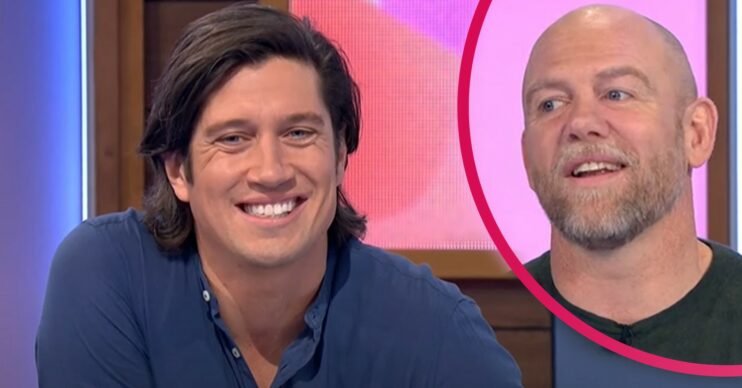 The episode feaured an all-male panel

ITV viewers have demanded that ‘Loose Men’ becomes a ‘regular’ show after they branded it a ‘breath of fresh air’ today.

Loose Women handed over the reins of their show to a panel of men on Friday (November 19), creating Loose Men. The special version of Loose Women was organised by ITV to celebrate International Men’s Day.

What was ITV’s Loose Men about today?

ITV aired the first-ever episode of Loose Men last year. It was the first time in Loose Women’s 22-year history that the show had been hosted by an all-male cast.

Today’s special marked the third time the hit ITV show had been rebranded as Loose Men.

The ITV show returned to mark International Men’s Day. In the show, the celebrities discussed the importance of men opening up about their mental health.

ITV’s Loose Men was dedicated to preventing men from suffering in silence. The celebrities covered a range of topics in an effort to begin a conversation amongst men about mental health.

Supermodel David Gandy also appeared on the show as a guest.

When speaking about the then-upcoming show, Mike Tindall said: “I am looking forward to being on Loose Men, talking about some really important issues facing men.”

He went on to say: “As a rugby player from the north, I think I probably would have a reputation of just getting on with it, but that doesn’t always work, and all of us need to talk about things. This is a great chance to do that.”

What did ITV viewers say about the show?

Fans of the ITV show headed to Twitter to sing Loose Men’s praises, with some even demanding it becomes a regular show.

“Can Loose Men become a weekly show? Like every Friday or something? There is no way one show a year can help normalise male mental health and other issues. Also, it’s refreshing to see some good professional guys chatting and listening without shouting over each other!” one viewer wrote.

“Loose Men what a breath of fresh air, an hour of not slagging men off for a change!” another ITV viewer wrote.

So many amazing, positive messages about #LooseMen today…. Thanks to @itv @loosewomen for allowing us the platform and to all of you for joining the discussion. And to my boys @vernonkay @miketindall13 @iaindoesjokes it was an honour. Let’s do it again soon x #keeptalking pic.twitter.com/dkfpHItrrZ

“Loose Men needs to be a regular thing. Very rarely seeing men talking to other men about personal life on TV,” a third ITV viewer tweeted.

“Can this be a permanent feature, such a breath of fresh air, the content is fabulous, even if it just gets men talking, well done guys,” another said.

It remains to be seen whether ITV will listen to viewers and make Loose Men a permanent show.

What did you think? Leave us a comment on our Facebook page @EntertainmentDailyFix and let us know what you think.