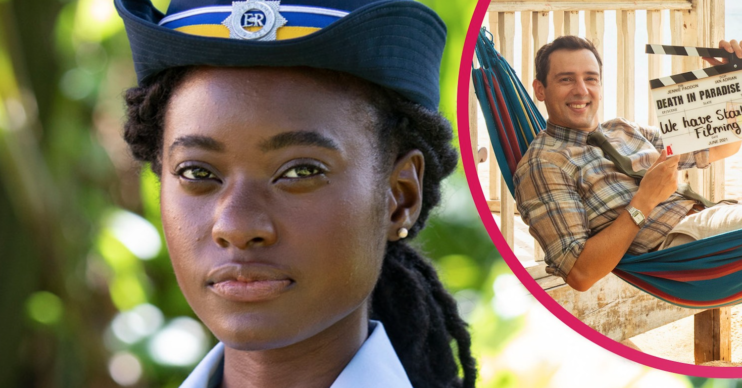 But who is Sergeant Naomi Thomas?

Death In Paradise has revealed released a first look image of new character Sergeant Naomi Thomas in uniform for the first time.

But now there’s a new policewoman in town, and viewers have got their first proper look at her.

Reporting for duty… check out our new recruit @JacksonShantol as Sergeant Naomi Thomas in her Honoré police uniform. 🚨

We can’t wait to see what she gets up to in the highly anticipated eleventh series of #DeathInParadise for @BBCOne!🌴 pic.twitter.com/bVJVwQiF3m

Who is Sergeant Naomi Thomas in season 11 of Death In Paradise?

Jamaican actress Shantol will play Sergeant Naomi Thomas in series 11, which has started filming in the Caribbean.

Showing pictures of Sergeant Thomas alongside Officer Marlon Pryce, the account said: “Reporting for duty… check out our new recruit @JacksonShantol as Sergeant Naomi Thomas in her Honoré police uniform.

“We can’t wait to see what she gets up to in the highly anticipated eleventh series of #DeathInParadise for @BBCOne!”

How did Death In Paradise fans react?

Upon hearing the news, fans were excited to welcome Shantol to the show.

“Looking forward to meeting you & can’t wait to see how you & Marlon get on – I’m sure it will be an awesome partnership,” one fan wrote in reply.

Another wrote: “Welcome, Shantol! I look forward to getting to know your character, Sgt.Naomi Thomas, on #DeathInParadise”

“Welcome to Honore!!! I m really looking forward to [seeing] you. Hope you stay for a longer while.

Who else is back and when will series 11 be on?

According to the Radio Times, Commissioner Selwyn Patterson (Don Warrington).

On top of that, Ralph Little is confirmed to return as DI Neville Parker and DS Florence Cassell (Joséphine Jobert) will also be back.

Read more: Death in Paradise series 11: Will Ralf Little return as DI Neville Parker? Everything we know so far

Series 11 of the hit police show is likely to be broadcast in early 2022.