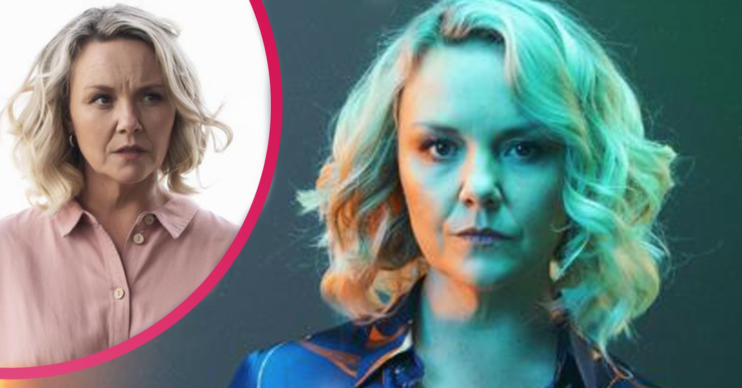 Lie With Me review: Anna urged to ‘unleash her inner Janine Butcher’ on cheating husband

Janine would not take any nonsense from Jake, that's for sure

Lie With Me viewers have urged the show’s main character, Anna Fallmont, to “unleash her inner Janine” after she saw her husband sleep with nanny, Becky.

And now Lie With Me viewers want Anna to go full Janine on her cheating husband.

What did the Lie WIth Me review say and what happened in episode two?

While Anna was at work, Jake and Becky went down into the basement for some rumpy-pumpy.

However, upstairs Becky had left a toy in baby Oliver’s cot, and the little one almost strangled himself on the toy’s chord.

Anna was furious with Becky, and as the two covered their tracks Jake pushed the blame on to his unstable wife.

Because Anna wanted Becky out of the house, Jake accelerated his plan to frame his wife and take his kids back to London… with Becky.

But, when Anna saw them having sex at the end of the episode, she ran and out into the garden in tears. But her face soon turned to thunder.

And fans of Charlie and Janine know that expression only too well.

#LieWithMe she is turning.. janine is going to unleash the beast

Jake needs the real Janine to sort him out. #LieWithMe

That moment on the green when Anna morphed into Janine, tho.
#LieWithMe

Ep1 was abit meh and slow, gave it another go and now I can’t wait to watch tomorrow nights. Unleash your inner Janine Butcher @CharlieBrooks0 #LieWithMe

Viewers took to Twitter after Anna ‘turned’ and couldn’t wait for her to unleash her inner Janine.

One said: “Ep1 was a bit meh and slow, gave it another go and I can’t wait to watch tomorrow [night’s episode].

Another said: “#LieWithMe she is turning… Janine is going to unleash the beast.”

A third exclaimed: “That moment on the green when Anna morphed into Janine tho… #LieWithMe.”

In tonight’s third episode we’re promised Anna trying to turn the tables on both her manipulative husband and his young lover.

She also manages to get into Jake’s laptop, where she finds evidence of not only the affair but also more.

Read more: Where was Lie With Me filmed and how many episodes is the Channel 5 drama?

Anna discovers his sinister plot to discredit her.

As the fans have said: time to bring out Janine to sort him out!

Charlie Brooks Lie With Me