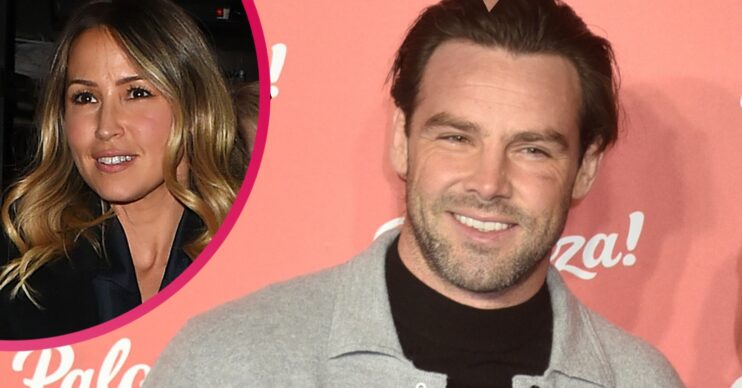 Dancing on Ice Ben Foden has labelled Rachel Stevens “the sexiest woman in the world”.

The two stars are appearing together on the 2022 series of Dancing On Ice on ITV.

Ahead of their debut last weekend, Ben and Rachel were among the celebs to speak to the press about their experience on the show so far.

And it was then that Ben made the comments that might just raise eyebrows with his new wife Jackie.

During the interview, Rachel was quizzed on what makes her “unique” within the competition.

Rachel replied: “Oh my goodness… You’ve just got to go into it as yourself and take the opportunity to learn.

“It’s such a fun, amazing show. I just want to go in and do the best I can. Ultimately you have to bring yourself and have fun. You’re putting on a show.

“That’s what is so special. We’re all bringing something different and our own unique thing.”

However, Ben then interjected: “That and you’re the sexiest woman in the world, Rachel.”

What did wife Jackie say about Ben cheating?

They re-surfaced less than a day after Jackie insisted Ben would “never” cheat again.

The former couple split after Ben confessed he’d had an affair.

“I was the one who committed adultery… It’s not ideal but we’re very amicable,” he said at the time.

Ben went on to marry Jackie a year and a half after the end of his first marriage.

Earlier this week she told OK! she hadn’t even considered the idea Ben could cheat again.

She said: “From day one he’s never made me feel paranoid or insecure. He’s not once worried me.

“I think you just know, deep down, when that could happen and it’s not a possibility with us, so I’m not concerned.”