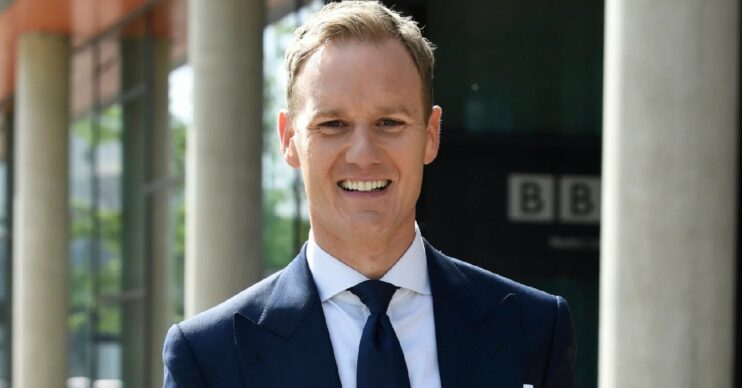 Not long now until Dan is back on screen

Dan Walker has announced his start date for his new Channel 5 show and it’s not long at all away!

It’s been announced that the 45-year-old is going to be to hosting 5 News from June 6 onwards.

See you next Monday at 5, on 5 👍🏻📺@ClaudiaLizaTV @channel5_tv @5_News pic.twitter.com/IcjH3dZcQW

Last month, it was announced that Dan was going to be leaving BBC Breakfast after six years on the red sofa.

Dan is going to be fronting 5 News for the first time alongside Claudia-Liza Vanderpuije next Monday, June 6, from 5pm.

As well as co-hosting 5 News, Dan is also expected to host a number of new, non-news programming for Channel 5.

In the video, Dan and Claudia are sitting in the 5 News studio.

After introducing themselves, Dan says: “It’s great to be joining Channel 5.”

“But news is never about who sits in the chair,” he continued.

“It’s the stories that matter most, from a team you can trust.”

Claudia then tells viewers to join them every weekday from 5pm on Channel 5.

Plenty of Dan’s 759.8k followers took to the replies to wish the star luck.

“It’s good to see you again Dan Walker, I’ll tune in to see you,” another said.

“I’ll be tuning in can’t wait to see you in your new job Dan and sending you masses of good luck not that you need it,” a third wrote.

“Good luck, I will be tuning in,” another said.

Not everyone who replied was there to wish Dan well though.

“No thanks, I would rather watch paint dry than watch your utterly boring presentation. But glad you have left the BBC,” one of Dan’s followers said.

5 News airs on weekdays from 5pm on Channel 5 and My5.