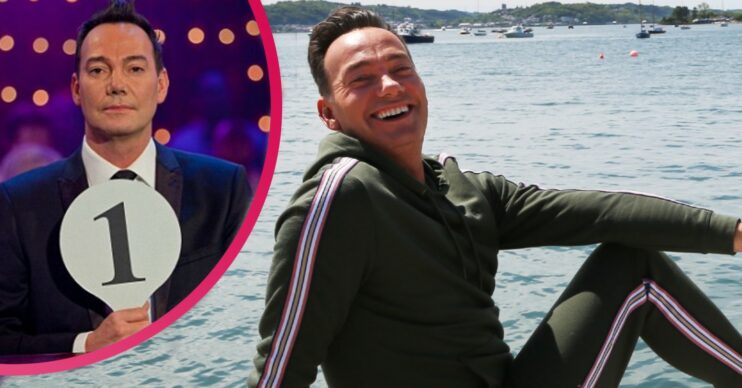 Craig and Bruno’s Great British Road Trips: Is Craig Revel Horwood married and how old is he?

He reunites with his Strictly pal on ITV1

Craig and Bruno’s Great British Road Trips star Craig Revel Horwood teams up with fellow professional dancer Bruno Tonioli to travel around Britain in a new ITV1 show, but will Craig be leaving a husband at home – is he married?

Craig and his equally flamboyant friend get in a classic Mini to tour their adopted homeland in Bruno and Craig’s Great British Road Trips.

Here’s everything you need to know about Craig, his life and career, and his new ITV1 series.

What is Craig famous for?

Nowadays, Craig is most famous for being the brutally honest judge on Strictly Come Dancing.

He is currently the only judge to have appeared in every episode so far.

As a result of his popularity on the show, he’s also taken part in Celebrity MasterChef – which he won in 2020.

His waspish humour has also won him fans during appearances on 8 Out of 10 Cats, Through the Keyhole and Celebrity Juice.

In 2017, Craig starred in an episode of Who Do You Think You Are?

The Australian-born performer made his name as a ballroom dancer, choreographer, conductor, singer and theatre director.

His West End credits include Spend Spend Spend and My One and Only, both of which gained Laurence Olivier Award nominations for Best Choreography.

He has starred in Annie, Cats, Miss Saigon, Crazy for You and countless others.

Craig will direct Strictly Ballroom the Musical which was due to tour the UK from September 2020, but has been pushed back to September 2022 as a result of the pandemic.

He is also an author of fictional novel Dances and Dreams on Diamond Street, and has written several autobiographies and dance manuals.

Of course, Craig is a very popular addition to pantomimes – boo, hiss! – and has played the Wicked Queen in Snow White, the Wicked Stepmother in Cinderella and Captain Hook in Peter Pan.

Craig choreographed the final scene in Paddington 2, and made his screen acting debut as Emmanuel Cavendish in Nativity Rocks! in 2018.

What is Craig Revel Horwood’s net worth?

Craig was worth over £1 million in 2019, and that figure will almost definitely have grown since then.

In an interview with the Financial Times, he revealed: “My assets and turnover are worth more than £1m, but I don’t have any plans to slow down.

According to The Sun, Craig is among the highest-paid judges on Strictly Come Dancing.

How old is he? What’s his age?

He is currently 56 years of age.

Acid-tongued Craig started his career as a dancer in Melbourne, then moved to London to dance competitively.

He became a British citizen in August 2011.

And Revel is his middle name – it is not double-barrelled!

Craig Revel Horwood married – who is his ex-wife?

Craig was married to woman Jane Norwood from 1990 until their divorce in 1992.

The pair met when they shared a house in London together while he was starring in stage show Miss Saigon.

In his autobiography All Balls and Glitter: My Life, Craig explained: “Gradually, our intimacy developed into a proper relationship.

“Jane had in fact thought I was gay when we first met.

“We resided in a one-bedroom flat in Crouch End, which was very romantic – a bit like Robert Redford and Jane Fonda in Barefoot in the Park.”

Sadly, the relationship ended when she allegedly cheated on him with another man.

Craig explains: “I discovered the affair just before our two-year anniversary.”

“I flitted between men and women quite a lot between the ages of 17 and 26.

“My wife Jane left me for another man.

“Then I fell in love with a bloke. I have been gay ever since.”

Craig Revel Horwood married – who is his partner now?

After his divorce, Craig dated British entertainer Damon Scott, who went on to be a runner up on Britain’s Got Talent.

Since early 2018, he’s been in a committed relationship with horticulturist Jonathan Myring.

In April 2020, Craig and Jonathan announced their engagement.

The pair, who met on the Strictly Tour, got engaged while in Tasmania.

Jonathan is 22 years younger than Craig.

Does Craig have children and where does he live?

Craig does not have any children.

He and Jonathan currently live in a country mansion in Middlecot, Quarley, Hampshire, which was recently put on the market.

The seven-bedroom house has a pool, huge driveway, vast outdoor space and a sauna.

Rightmove had it listed for just under £3.3 million.

Craig Revel Horwood and Bruno Tonioli explore some of the country’s most iconic and best loved road trips in this brand new six-part series.

The two great friends leave the dance floor behind to enjoy some spectacular sights around beautiful Britain.

The Strictly judges visit six of the ultimate scenic routes.

These include Cornwall to the Cotswolds, and the Yorkshire Dales to the Lake District.

In episode one, the begin in Cornwall, bickering their way from Padstow to Penzance.

They stop for a fishing trip in Newquay, a dance with the Fisherman’s Friends and the odd bottle of Cornish rosé.

Will you be tuning in to Craig and Bruno’s new travel show? Leave us a comment on our Facebook page @EntertainmentDailyFix.