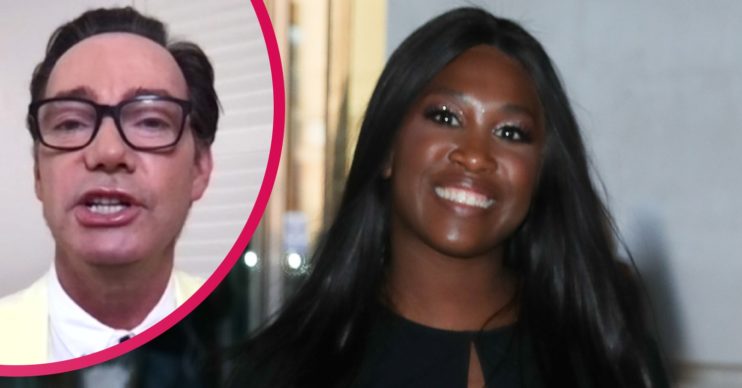 Amid fears Strictly Come Dancing 2021 won’t feature star Motsi Mabuse, Craig Revel Horwood has addressed reports his fellow judge has signed up for the tour of the German series.

Speaking on Good Morning Britain today (Wednesday, March 31), dance expert Craig said he thinks Motsi would be “mad” to leave her role as a Strictly judge to go touring for Germany’s Let’s Dance.

However, he explained that he often does the panto while working on Strictly – and thinks she’ll be “fine” to do both.

What did Craig say about Motsi doing Strictly Come Dancing 2021?

In a chat with GMB hosts Susanna Reid and Ranvir Singh, Craig said: “I read that and I think she’d be absolutely mad [to leave Strictly], darling, doing the German tour rather than Strictly!

“And, like I do in panto, I take the Saturdays off, in order to do panto during the week. I think as long as you get here on the Saturday and can travel safely, then she’d be absolutely be fine to do both, I would say.”

Over the weekend, The Sun reported that Motsi had sparked panic at the BBC by signing up for the live tour of the German version of the show, called Let’s Dance.

It will be taking place while the next UK series is airing, throughout November, including on Saturdays.

A source told the newspaper: “Producers have been pulling their hair out as they struggle to get all of their judges in the right place for the live shows.

“Motsi’s fans in Germany are buying show tickets expecting to see her live.

“Producers want to avoid relying too much on video links, especially as they’re paying big money for talent. It’s a real schedule clash.”

Craig Revel Horwood reveals this year’s series will be ‘fuller’

Elsewhere on Good Morning Britain, Craig promised this year’s series will be even bigger than last year, when it was shorter than usual due to the coronavirus pandemic.

He told Ranvir and Susanna: “The BBC did an amazing job and they have protocols in place for absolutely every single situation, so you will get Strictly and a much fuller version this year.

“Obviously, last year they had to isolate in time so we had to start a month later, but they’re planning on doing the full version this year.”

He also spoke about other judge Bruno Tonioli, who had to miss Strictly 2020 due to COVID restrictions on travel.

Craig said: “We’re hoping Bruno comes back… we really do want him there in the seat.

“If he can’t, he will do what he did last time, due to restrictions, and be in a live feed.”

Are you looking forward to Strictly Come Dancing 2021? Would it be the same without Motsi? Leave us a comment on our Facebook page @EntertainmentDailyFix and let us know.