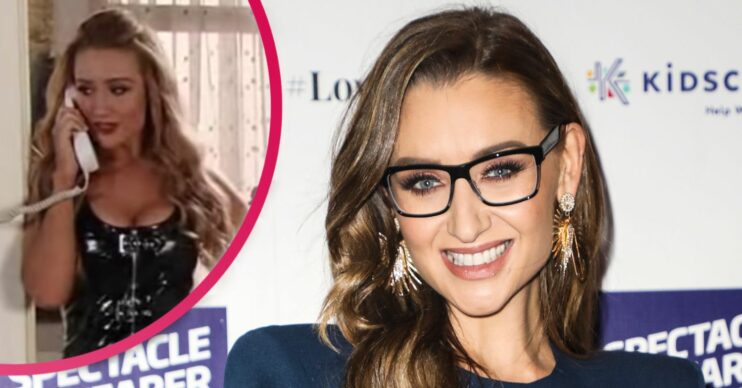 The before and after is staggering

Actress Catherine Tyldesley returns to our screens tonight as she joins the line-up of ITV show Cooking With The Stars.

The former Coronation Street actress will be seen putting her culinary skills to the test in the celeb foodie show.

And fans tuning in to see her may expect some big revelations from the star about how she managed to shed six stone in the past.

How did Cooking With the Stars contestant Catherine Tyldesley lose 6 stone?

Catherine has admitted to struggling with her weight and wasn’t always blessed with the slender figure you see today.

She admits she “couldn’t walk up the stairs” before learning about nutrition and starting her weight loss journey.

Catherine, 37, shared a snap of her younger self at a size 22, versus her size 8 body now with a fan on Instagram.

The social media user was curious about what had motivated her to shift the excess lbs.

Catherine revealed: “I couldn’t walk upstairs without gasping for breath. I had zero energy and my skin was terrible. Educating myself on nutrition was the best thing I ever did.”

She has also admitted that changes to her diet contributed massively to her changing body.

Talking about eating whilst at work on Corrie she said: “It’s just fitting it around your schedule.

“If I was working I’d go on walks. On night shoots there are a lot of pies and bacon sandwiches floating about but I took stuff with me.”

Is Catherine married and does she have children?

Catherine’s husband is professional personal trainer Tom Pitfield. The couple met in 2013 and Catherine then fell pregnant with their son Alfie in August 2014.

They announced their engagement on August 30 2014.

The glamorous actress is best known for her role as series regular Eva Price in Coronation Street.

However, she has a string of big-name shows on her acting CV.

Fans have seen Catherine deliver parts in ratings hits such as Holby City, Emmerdale, Shameless and Two Pints Of Lager And A Packet Of Crisps.

Cooking With The Stars is on ITV tonight (July 20) at 8pm.