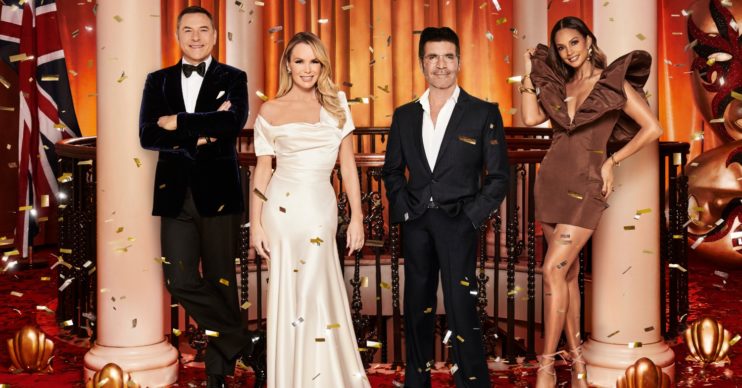 Christmas on ITV: The best TV to watch this festive season, including a BGT special

ITV have revealed their Christmas and Winter 2021 schedule, and it includes festive editions of some of the channel’s most popular shows.

Kevin Lygo, Managing Director of Media and Entertainment at ITV, explained that they have a “rich and diverse content, with thanks to those who have worked against the odds this year”.

The festive special is expected to feature some of the show’s most successful past acts.

Therefore, Ant and Dec will return to present.

The dancer will take on Vogue Williams and Spencer Matthews…

Even more reason to tune in!

Gary Barlow’s Night at the Museum

This one-off concert is set in London’s Natural History Museum.

First of all, Gary will perform a combination of classic hits and songs, accompanied by a live orchestra.

He’ll also be joined by some very special guests… and some dinosaurs!

Billy Connelly… It’s Been a Pleasure

Billy also appears, and we’ll be seeing some never seen before footage in this special tribute to the comedian.

Jennifer slips on her driving gloves and takes to the wheel of a classic Jaguar E-Type.

The comedian takes a special guest – in the first case Michael Sheen – on a special journey into the past.

Michael and Jennifer visit places and people that have helped shape Michael into the star he is today.

His revealing journey down Memory Lane takes Jennifer through the streets of Port Talbot, where the actor grew up.

Bradley Walsh’s How to Win a Game Show

TV favourite Bradders hosts this tour through some of the very best gameshows.

He points a spotlight on the contestants and how they play to win – or lose.

Joel Dommett is back to host, while Davina McCall, Rita Ora and Jonathan Ross also resume their celebrity sleuth roles.

Twelve celebs try to fool the judges and the audience across eight weeks.

The Story of SM:TV Live

The Story of SM:TV Live will air this Christmas on ITV and sees original hosts Ant and Dec reunited with Cat Deeley.

The trio take a nostalgic look back at the ground-breaking Saturday morning kids show.

Delving back through the archives, all the SM:TV favourites will be covered – including Challenge Ant, Wonky Donkey, the Pokemon Rap and of course, Chums.

The show will also feature interviews with regular SM:TV guests and celebrity fans.

Birds of a Feather Christmas special

The comedy hit Birds of a Feather returns to ITV for a brand new, one-off extended Christmas episode.

It’s been three years since we last saw the Birds, after Tracey reluctantly sold the house they all shared to Dorien.

This time around, Tracey and Dorien have been getting right on each others’ thruppennies.

Meanwhile, Sharon has escaped to the other side of the world and is stuck on a Covid-cruise…

The Chasers team up for a second series of Beat the Chasers.

Plucky contestants must decide how many of the famous five Chasers they dare face in a head to head battle to win big cash prizes.

Phillip Scofield is back with a one-off Christmas special as a brand-new batch of celebrity pairings prepare to take on the mighty Cube.

Both teams subsequently compete for a jackpot of £250,000 for their chosen charities.

Alan returns with a Christmas special of The Price is Right.

In this festive gameshow, lucky audience members will get called down to ‘contestants row’.

Once there, they’ll get the chance to guess if the price is indeed right on a host of hilarious Christmas prizes.

The Real Full Monty on Ice

A new line-up of celebrities will perform their routines by doing the Full Monty on ice, in a winter wonderland spectacular.

The class of 2020 will be led by Ashley Banjo and Coleen Nolan.

Gordon, Gino and Fred are back for another extraordinary culinary Christmas adventure.

The trio go on a trip to the ultimate winter wonderland destination and the official home of Santa – Lapland.

In contrast to their usual jaunts, there’ll be surrounded by snow and no sunshine!

Dancing on Thin Ice with Torvill and Dean

Olympic champions Jayne Torvill and Christopher Dean skate in the great outdoors for the first time in their 45-year career.

In this 90-minute special, the pair travel to Alaska on an extraordinary quest to fulfil a life-long dream.

For the first time ever on Christmas Day, James will kick off the nation’s afternoon celebrations.

The chef will serve up a fantastic feast of festive food and entertainment.

There’ll be a mouth-watering recipe from the Michelin-starred Tom Kerridge.

The Ritz’s head chef John Williams and Bake Off Creme De La Creme winner Mark Tilling will be treating viewers to some of his deliciously decadent chocolate creations.

Finally, James will be serving up a delicious dish with a little help from a British food hero…

Furthermore, there’ll also be festive issues of Tenable, The Chase, In For A Penny, Who Wants To Be a Millionaire? and Celebrity Juice.

What do you think of ITV’s Christmas line-up? Leave us a comment on our Facebook page @EntertainmentDailyFix.