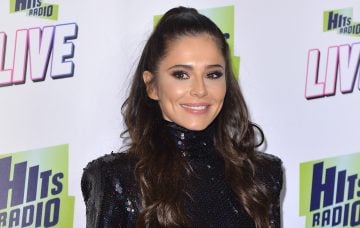 Cheryl warned to tone down raunchy dance for primetime TV

The Greatest Dancer judge Cheryl has reportedly been told to tone things down on the show – and keep things appropriate for primetime TV.

Tonight’s semi-final episode is set to feature a dance by the Girls Aloud star and her fellow dance captains, Oti Mabuse and Matthew Morrison, and show bosses are adamant that it can’t be too raunchy.

The Mirror Online reports that the show’s choreographers have been warned to keep things clean, after the two judges planned a Coyote Ugly themed dance.

Coyote Ugly – which stars Piper Perabo, Maria Bello and Tyra Banks – centres around a women-run bar, in which the waitresses dance on the bar.

The Mirror’s insider source described the dance as being “more like Dirty Dancing”.

They revealed that the planned number included revealing outfits, and raunchy dance moves.

“Cheryl and Oti were wearing black outfits, but they whip them off to reveal scanty black leotards covered in 100,000 diamantes,” the source said.

“The girls were throwing their legs around Matthew Morrison, who was gyrating his hips on stage.”

The show’s producers had to step in and remind the choreographers to keep things family friendly.

Producers are particularly keen to keep things PG on tonight’s show – as the three dance captains will be joined by the pro-dancers from Strictly Come Dancing.

“Strictly is the jewel in the BBC’s crown and it prides itself on being family friendly,” the source said.

They went on to say that show bosses wanted a spectacular opening number, but one that wasn’t too X-rated.

The Greatest Dancer semi-final airs tonight at 7:35pm on BBC1.

Will you be watching tonight’s show? Leave us a comment on our Facebook page @EntertainmentDailyFix and let us know what you think.