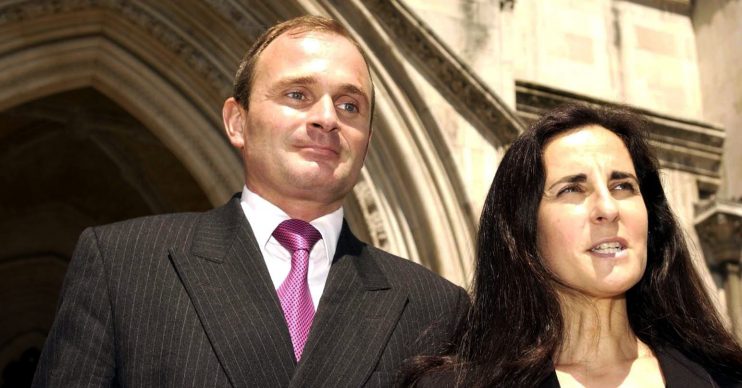 Charles Ingram made front page news after winning the jackpot on Who Wants To Be A Millionaire.

But ITV bosses were suspicious of the British Army Major and his wife Diana pretty much instantly – and were quick to take action.

With that in mind, did Charles Ingram ever get his prize money? Or did he never see a penny?

Did Charles Ingram ever get his £1 million prize money?

No, Charles never received the Who Wants To Be A Millionaire jackpot.

When ITV bosses and the show production’s company Celador raised concerns that he may have cheated, the £1 million payout was put on hold.

READ MORE: Are Charles and Diana Ingram still together?

At first, his wife Diana was convinced that the call was some kind of prank – but it wasn’t.

How did ITV know Charles had cheated?

Charles ran out of time when he competed on Who Wants To Be A Millionaire, meaning he had to return to the studios the following day to finish the game.

Production staff working across both shows couldn’t help but noticed a difference in Charles’ behaviour.

A sound technician working behind-the-scenes was the first person to pick up on a suspicious cough.

Lecturer Tecwen Whittock repeatedly coughed whenever Charles read out a correct answer – and this was reported to show bosses who then launched a furlough investigation.

During the court trial, crew member Eve Winstanley took to the stand and also spoke of Charles suspicious behaviour.

She testified that following his win, Charles seemed “very unhappy” for someone who had just become a millionaire.

Did Chris Tarrant notice anything?

No, the Who Wants To Be A Millionaire presenter didn’t have a clue.

Chris even joined Charles and his Diana backstage for a glass of champagne after the show to celebrate the win.

“If I thought there was anything wrong, I certainly would not have signed [the cheque],”he said.

When asked in court if there appeared to be anything unusual, Chris said: “No, not at all. They seemed as normal as people who have just won a million pounds would be in the situation.”

During a more recent interview on Good Morning Britain, the presenter did reveal that although he didn’t notice anything suspicious, a few of his colleagues certainly did.

Following Charles’ big win, he and Diana had a furious row backstage.

READ MORE: Did Charles and Diana Ingram go to prison?

“The Major and his wife, basically went to the dressing room, now this is a weird thing if you’ve just won a million quid, and had this massive row,” he said.

“This huge ding-dong… like you do when you’ve just got a million quid between you.”

He added: “They were having a massive row. I don’t know what that was about. The suggestion was she [Diana] was saying ‘you went too far, you’ve blown it’.”

Have you been watching Quiz? Leave us a comment on our Facebook page @EntertainmentDailyFix and let us know what you think of this story.

Chris Tarrant Crime ITV Quiz Who Wants To Be A Millionaire?