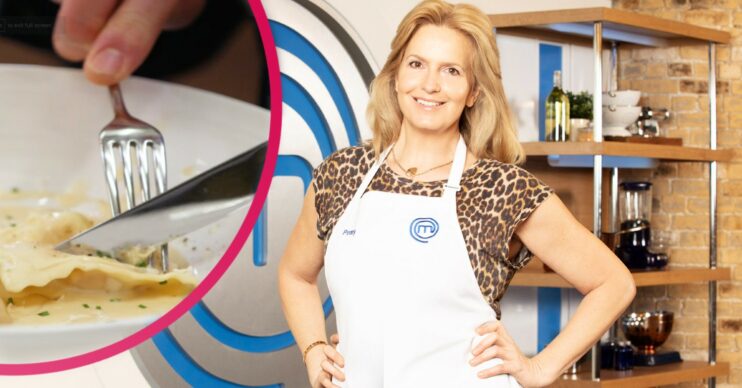 Others thought it was the right decision

Fans of Celebrity MasterChef were left outraged when Penny Lancaster was given the boot from the show.

Viewers took to Twitter to rant about the decision after Penny lost her place after a late delivery of her dishes.

The move saw rival contestants Melanie Sykes and Megan McKenna go through to the next round as she was sent packing.

But viewers were less than impressed with the choice – with some even accusing Megan McKenna of cheating after she didn’t make her own pastry.

One angry viewer wrote: “Did not mention that Megan didn’t make her own pastry AND used the wrong bloody flour? Then sent the ACTUALLY talented Penny home??? What an absolute joke Celebrity MasterChef.”

Another added: “Penny goes out while Sue Pollard is in. The unfairness of how Celebrity MasterChef is judged.”

A third chipped in: “Oh no! Gutted for Penny Lancaster! Damn that endive dish! She has been an absolute sweetheart thought this week.”

But not everyone disagreed with the decision with some fans showing sympathy but understanding the choice.

One viewer tweeted: “Feel sorry for Penny Lancaster there. After having a ‘very good day’ in the last round, one bad day in the kitchen has cost her a place. She’s clearly one of the better celeb cooks but didn’t quite perform.”

Although not everyone was so understanding as one fan of the culinary show stated: “How was Penny 15 mins late serving a dish that takes like 5 mins to cook?”

Another wrote: “Right decision. No disrespect to Penny but overrunning by 15 minutes is unforgivable.”

However with just 15 minutes left to serve up her main course she was left short on time.

John Torode tried to speed her along reminding her of what she needed to get done.

He said: “You’ve got to get the ravioli rolled or you’re not going to have a dish.”

But Penny felt there wasn’t much she could do but leave her diners waiting.

She replied: “I like to make things hard for myself. I’m just running behind a little bit. I’m probably gonna be 10 minutes later. I’ll have to be otherwise, I won’t have a dish.”

Celebrity MasterChef continues on Monday at 9pm on BBC One.