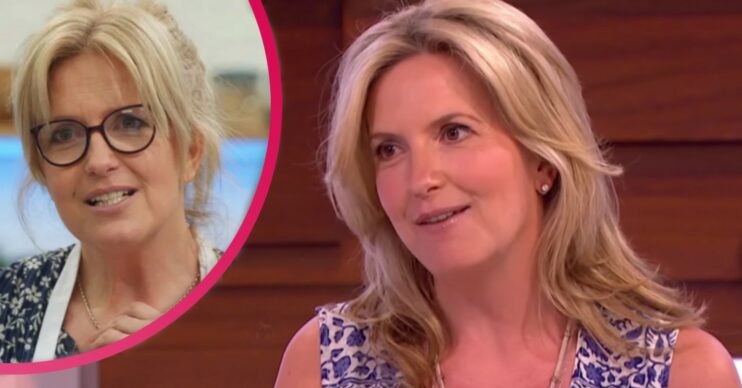 A very scary moment for Penny

Celebrity MasterChef star Penny Lancaster once feared that her son had died after finding him unconscious.

Penny, 50, will once again take her place in the MasterChef kitchen tonight (Friday August 20).

But an incident several years ago left the mum-of-two badly shaken.

The Loose Women panelist said that the experience was one of the “most frightening of her life”.

Penny found Aiden face down after falling down the stairs during Christmas 2018.

She told fellow panelists on an episode in 2019: “It was the most frightening thing I’ve ever experienced in my life.

“I was just off the main hallway where the main staircase is. I heard this ‘boom, boom, boom’.

“Huge thud down the stairs. It sounded like a piece of furniture going down.

What happened to Aidan?

“I rushed through the door, didn’t see anything in the stairwell, and saw my seven-year-old face down unconscious.

“I was shaking but trying to be calm telling him ‘it’s OK darling, can you hear me, keep still’.

“He was making these groaning noises and couldn’t even speak. I went through all the worst scenarios. He’s broken his neck, he’s going to be paralysed.”

Penny subsequently spent the night hospital, but after x-rays, it was deemed her son was unharmed.

Can Penny reach the semi-final?

Thankfully, two years after she revealed the traumatic incident, Penny is now in with a great chance of progressing into the MasterChef semi-final.

However, despite Penny’s progress viewers thought something fishy was going on when she admitted that her husband Sir Rod Stewart hires a professional chef at home.

“Penny Lancaster definitely had some lessons with her private chef before the show didn’t she [cry-laugh emoji],” one viewer said on Twitter.