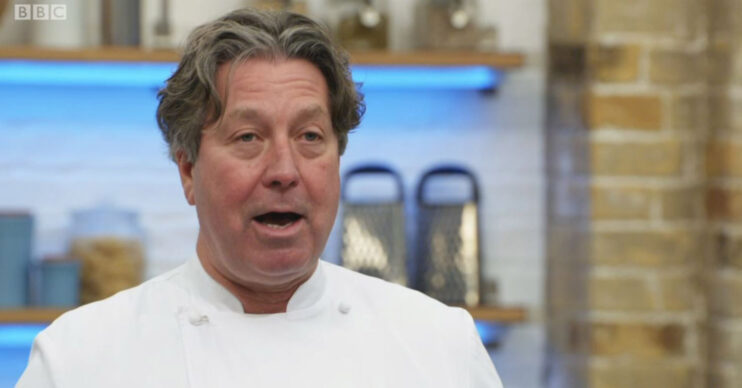 The judge, 56, is known for his slightly longer, shaggy hair but some viewers urged him to get a haircut.

John appeared on last night’s show (August 17) as celebrities such as Penny Lancaster and Megan McKenna showcased their cooking skills.

What did Celebrity MasterChef viewers say about John Torode’s hair?

But some viewers were distracted by John’s hair and shared their thoughts on Twitter.

Another joked: “John often looks like he washes his hair in a fryer.”

One added: “Is there a particular reason why John Torode models his hair on his Aunt Muriel?” referring to a Harry Potter character.

Meanwhile, earlier this week on the programme, viewers had a theory about contestant Penny Lancaster.

Penny has wowed on the show with her culinary skills but some viewers were convinced she had tips from a professional chef.

The Loose Women star told John and Gregg Wallace: “When I first met Rod about 20 years ago he had a chef so there wasn’t much need for me in the kitchen, thank God.

“Rod likes the fine dining every evening, three-course dinner, candles and it’s kind of out of my league.”

She added: “We’re very lucky to have a chef, so he’ll do the dinner parties because I want to have a drink and have fun with my guests.”

One viewer said on Twitter: “Penny Lancaster definitely had some lessons with her private chef before the show didn’t she.”

Another wrote: “I’m sure Penny’s chef gave her a few tips…”

Meanwhile, Bez and Su Pollard previously made it through to the semi-finals.

But who will join them?