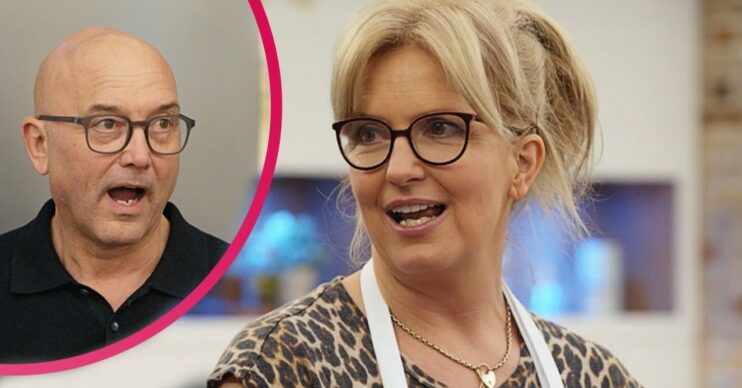 She and Rod use a pro at home

The revelation came as viewers wondered why she put in a good performance in the cooking show.

What happened on Celebrity MasterChef with Penny Lancaster last night?

Although Penny struggled during the banh xeo pancake challenge, she aced a fish dish.

She told judges John Torode and Gregg Wallace: “When I first met Rod about 20 years ago he had a chef so there wasn’t much need for me in the kitchen, thank God.

“Rod likes the fine dining every evening, three-course dinner, candles and it’s kind of out of my league.

“So I kind of do the kids’ cooking, otherwise not really.”

“We’re very lucky to have a chef, so he’ll do the dinner parties because I want to have a drink and have fun with my guests.”

How did viewers react to Penny’s revelation?

It wasn’t long before viewers picked up on the fact Penny and Rod have a professional chef working for them at home.

One wrote on Twitter: “Penny Lancaster definitely had some lessons with her private chef before the show didn’t she [cry0laugh emoji].”

Another said: “Penny’s chef has put her into his bootcamp for this #celebritymasterchef.”

A third commented: “I’m sure Penny’s chef gave her a few tips… #CelebrityMasterChef.”

Elsewhere during the opening heat, fans also wondered what was going on with Megan McKenna.

The reality star claimed that she was rubbish at cooking but filleted a fish almost perfectly.

One viewer said: “Either Megan is a natural chef or she’s had a few lessons before this [think emoji] she’s smashing this so far #CelebrityMasterChef.”

Another said: “Megan and Penny have both filleted fish no bother like it’s easy!

“I could attempt it based on what I’ve seen on years of Masterchef, but there’s not a chance I could just do it like that.”