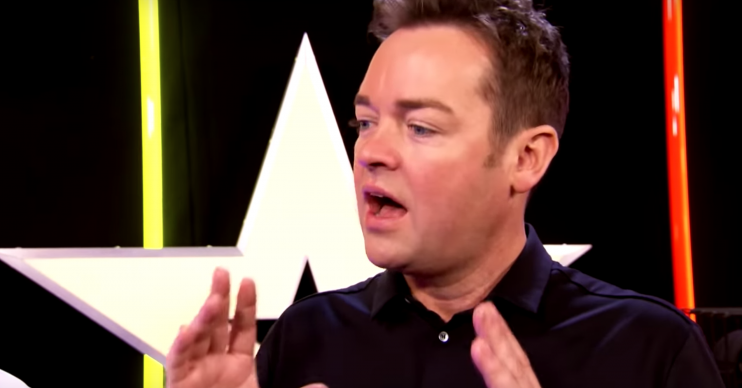 New BGT spin-off show will only be broadcast online

Britain’s Got Talent fans have called for spin-off show Britain’s Got More Talent to be reinstated to the telly schedules.

The ITV2 series was axed last year after 12 years on the box.

It will be replaced for the upcoming series by Britain’s Got Talent: Unseen, a new show only broadcast online.

BGT fans will be able to watch the programme on ITV Hub following the main show on Saturday nights.

It is expected to focus more on social media rather than unconventional acts auditioning for Britain’s Got Talent.

Britain’s Got Talent: Unseen will also feature extra content from Ant and Dec.

Stephen needs a part in BGT in whatever way possible!

However, legions of fans are still disappointed by the loss of BGMT.

And they’re especially disappointed at missing out on seeing presenter Stephen Mulhern.

Furthermore, they were reminded about what Stephen brought to BGT and BGMT recently following a tweet from judge David.

Comedian David shared a clip of a cheeky moment between him, Simon and Stephen that had fans demanding his return.

“Great moment. We really need @StephenMulhern back. He will be missed this year. #bgmt is fantastic,” commented one fan on David’s tweet.

And it wasn’t long before other confirmed Stephen fans piled in to show him some love.

One person questioned: “Why is BGMT being cancelled I absolutely loved this show and so did my family.

“It was better than the main show tbh. Who ever made this decision has made a massive mistake! Stephen needs a part in BGT in whatever way possible!”

“No more BGMT??? Bring back @StephenMulhern. He is he only reason I watch it!” fumed another fan.

Another insisted: “We really need @StephenMulhern back. He will be missed this year. #bgmt is fantastic.”

Others addressed ITV and Simon in an attempt to get Stephen snapped up again.

One person protested: “@SimonCowell hi Simon, um, coming from your ‘younger audience’, I am devastated.

“Went to look for BGMT on the TV guide and was shocked.

“Don’t think I can physically cope without seeing @StephenMulhern on my TV on Saturday night. I’m an unhappy girl.”

And another added: “@StephenMulhern is such a huge part of @BGT and @antanddec. I don’t understand their thinking of getting rid of #BGMT.

“Stephen is the funniest part and we need him involved @ITV and @SimonCowell.”

‘BGMT should never have been axed’

Someone else felt that ITV could start making arrangements for BGMT to return alongside the delayed live finals.

“This is why #BGMT should never have been axed. Bring it back with @StephenMulhern for the live shows, plenty of time @ITV,” they wrote.

And yet another devoted fan pondered whether Stephen might link up with the hosts on another show fronted by them.

“Stephen, seeing as you don’t have BGMT to present anymore perhaps Ant and Dec could give you a part on I’m A Celeb spin off show on ITV2.

“I never normally watch the ITV2 show but I would if you could make this happen! Thank you!”