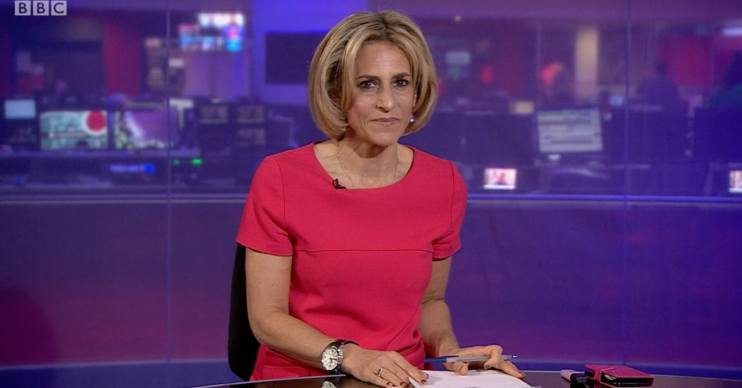 Newsnight presenter Emily Maitlis has torn apart the notion that coronavirus is a “great leveller” in the UK.

The esteemed BBC journalist, 49, also blew up the platitude the deadly bug can be defeated by willing it away.

She called on viewers to face the reality of the pandemic’s consequences and not believe ‘myths’.

Her stirring address, coming at the start of Wednesday night’s BBC programme, has been praised hugely on social media.

It came on a day the UK experienced its highest death toll yet, surpassing 900 fatalities for the first time.

UK deaths from coronavirus will not peak for another several days.

You do not survive the illness through fortitude and strength of character.

Last night’s episode of the current affairs show began with Emily speaking straight to the camera.

She also dismissed the idea ‘character’ can cure coronavirus.

‘The disease is not a great leveller’

Emily said: “The language around COVID-19 has sometimes felt trite and misleading.

“You do not survive the illness through fortitude and strength of character, whatever the Prime Minister’s colleagues tell us.

“And the disease is not a great leveller, the consequences of which everyone, rich or poor, suffers the same, this is a myth that needs debunking.

“They are more likely to catch the disease because they are more exposed, those in tower blocks and small flats will find the lockdown tougher.

“Those in manual labour won’t be able to work from home.”

‘Speaking for the nation’

However, Emily also noted the spread will change the way in which the UK organises both the economy and society.

Her moving words blew viewers away, with many hailing her for ‘speaking truth to power’.

“These words were brilliant and most definitely needed, but this needs to become the norm,” commented another.

And a third added: “Emily Maitlis speaking for the nation on Newsnight.”