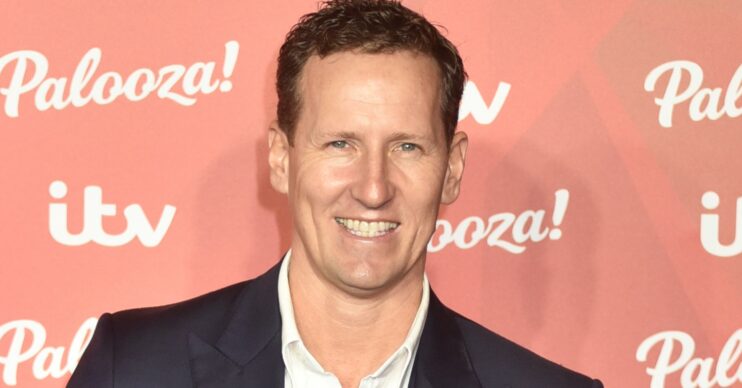 The dancer previously judged the New Zealand version of the show

Dancing On Ice star Brendan Cole put himself forward to be a judge on Strictly as he called for a panel shake-up today (Thursday, February 17).

The 45-year-old dancer threw his hat into the ring during an appearance on Loose Women earlier today!

Brendan appeared on the show today to discuss his Dancing On Ice journey so far.

It may come as a surprise to learn, considering his high scores on this year’s show, that Brendan had only skated a few times prior to the show – as a child.

“Is it easier for someone who can dance already to dance on ice?” Carol McGiffin asked.

“Ab-so-lute-ly,” Brendan said. “Course it is. You’re picking up choreography, present yourself…if I’m doing a little jump, I know how to put myself up, while someone will not have done that before.”

When asked if the other contestants feel at a bit of a disadvantage going up against Brendan, he said “probably”.

“But there are three, four of us who have dance experience,” he explained.

Denise Welch then said that what she liked about the show was that there were contestants who were “coming from nothing”, like Bez, she said.

What did Brendan say about Vanessa?

The subject then moved on to the fact that Brendan’s skating partner, Vanessa Bauer, is out of this Sunday’s show with Covid.

“There was an opportunity, I think, I could have potentially, I suppose, dance with another one of the pro girls on the show,” Brendan confessed.

“But I always felt it was almost disrespectful to Vanessa,” he said. “She’s put so much effort into us, as a partnership, she’s my girl.”

He then revealed that the opportunity came up to dance with a male skater.

“With it being musicals week, it was a real opportunity to do something special,” he said.

Brendan will be skating with Brendyn Hatfield this Sunday now. Brendyn previously skated with Rachel Stevens before their elimination in week four.

What did Brendan say about Strictly?

Kaye Adams then bought up the fact that there are currently discussions about who’s going to take the fourth judging spot on this year’s Strictly.

Anton Du Beke was the fourth judge on the 2021 series of Strictly. However, there are reports that the BBC has a bit of a headache now that Bruno Tonioli is available to appear on the show again.

Kaye asked Brendan which camp was he in – Bruno or Anton’s. “I’d actually be in Anton’s camp, actually,” the 45-year-old confessed.

When asked if he would like to be a judge on the show, Brendan said “absolutely”.

“I judged the New Zealand version for five years,” he said. “I enjoyed the experience. One you never get voted off, which is always lovely, and then you get to give the couples something they can bring back.”

Dancing On Ice continues on Sunday, February 20 at 6pm on ITV and ITV Hub.