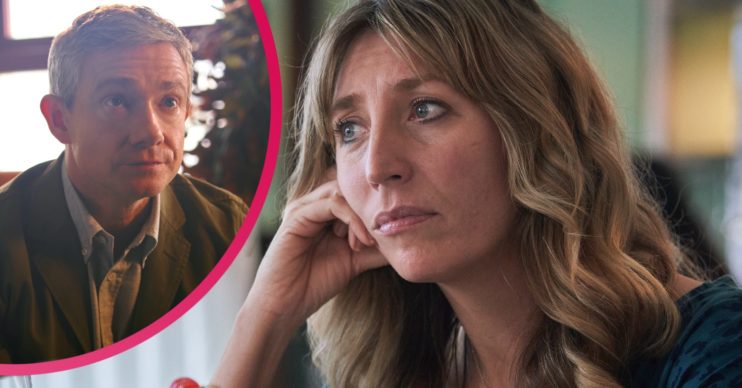 Breeders series two on Sky One: What’s it about and how many episodes is it?

The Martin Freeman comedy returns for a second series

Sky One comedy Breeders returns for a second series this week (Thursday May 27 2021), so here’s a reminder of what the show’s about and how you can watch it.

How many episodes is it, and who leads the cast?

Here’s everything you need to know about Breeders on Sky One.

Breeders on Sky One: What’s it about?

Breeders returns to Sky One for a second series.

They are doing their best to hide the fact that they are winging their way through it all.

With Ava now 10 years old, and Luke almost 13, the couple now must confront their increasing independence.

They also question whether their tried and tested parenting style is still going to hold up.

In the new series, time has moved on from where we left Paul and Ally.

Their son Luke is now 13 years old and daughter Ava is now 10.

Meanwhile, Paul’s parents Jackie and Jim are older too, leading Paul and Ally to find that they now must parent the generation above them as well as the generation below…

Read more: Bloods on Sky One: Is Aasiya Shah – who plays Kareshma – a twin in real life?

Who stars in the comedy?

Martin Freeman and Daisy Haggard star as parents Paul and Ally, who would happily die for their children, but quite often want to kill them, too.

Unsurprisingly, Daisy has been nominated for this year’s BAFTA for Female Performance in a Comedy Programme for her role in the series.

Alex Eastwood plays Luke, alongside Eve Prenelle’s Ava (different actors to series one because of the age leap).

How many episodes is series two of Breeders?

Each episode is half an hour long (including ad breaks)

The series ends with a very happy event and that’s all we’re going to tell you!

How can I watch series one and two of Breeders?

Series one is currently available to watch on Sky One / Now TV.

Series two will air every Thursday at 10pm.

But the entire second series is also available to binge watch on Sky One / Now TV as of now.

What happens in episode one of Breeders?

Episode one, entitled No Surrender, re-introduces viewers to the family once again.

Will there be a series three of Breeders?

Yes, it looks like a third series of Breeders is very likely.

He remained coy about potential season three storylines, but said the time hop helped freshen up the show.

He said: “It was like, let’s make it difficult for ourselves because that’s often where the best stuff comes from, when you try and make it a bit tricky.

“If there were a season three, we would want to make it as distinctive and as ambitious as the first two.

“So there would be some different stuff going on.”

Breeders returns to Sky One with a second series on Thursday May 27 2021 at 10pm.