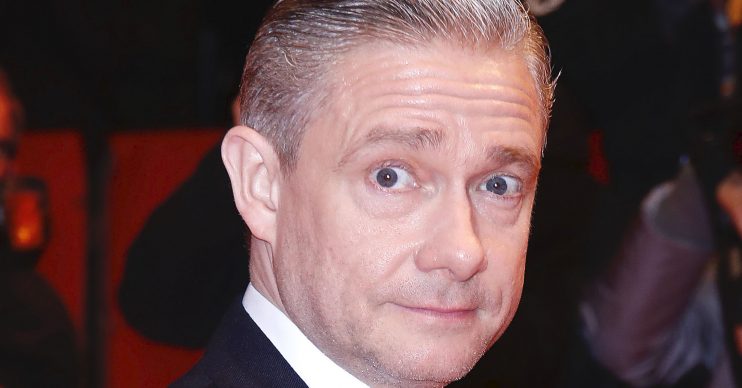 Said that he wasn't proud of doing it

Former Sherlock and The Hobbit star, Martin Freeman, has admitted that he has smacked his kids and called them ‘little [expletive]’ when they were young.

Actor Martin, 48, said that even though he ‘wasn’t proud’ of smacking his two children – who were toddlers at the time – he argued that trying to rationalise with them was next to impossible.

Read more: A city banker has been ‘sacked from his £1m job for stealing a sandwich’ from the work canteen

The Sun quotes an interview Martin gave to The Sunday Times ahead of his new Sky One comedy, Breeders.

“One of the rules is, don’t smack your kids or call them little [bleep],” he said.

“I’ve probably smacked twice, but I’ve called them little [bleep] more than twice. I know I’m not supposed to do it, but there are so many images about how [parenting] all just has to be brilliant that it makes people feel bad.”

He went on to say that even though sometimes “it’s the best thing to do” it’s still “really hard”.

He added that he had only smacked his children when they were young and he couldn’t rationalise with them or was at the ‘end of his rope’, and said he “wasn’t proud” he did it.

Martin was married to former Sherlock co-star, Amanda Abbington, and together they share two children together – 11-year-old Grace and Joe, now 14.

The two were married for 16 years until they announced their split in 2016.

In October 2019, the Scottish parliament voted to make smacking children under 16 a criminal offence.

The country became the 58th in the world to ban smacking.

The decision “will inspire the other parts of the UK to give this protection to children as well,” said Bruce Adamson, the Children and Young People’s Commissioner for Scotland.

“This change in the law will send a clear message to children that violence is never acceptable.”

The Mirror reported that the Scottish ban ‘uses the same definition of physical punishment used by the UN Committee on the Rights Of A Child.

It includes ‘smacking, slapping and smacking with a hand or an implement, as well as kicking, shaking or throwing children, scratching, pinching, biting, pulling hair or boxing ears, forcing children to stay in uncomfortable positions, burning, scalding or forced ingestion.’