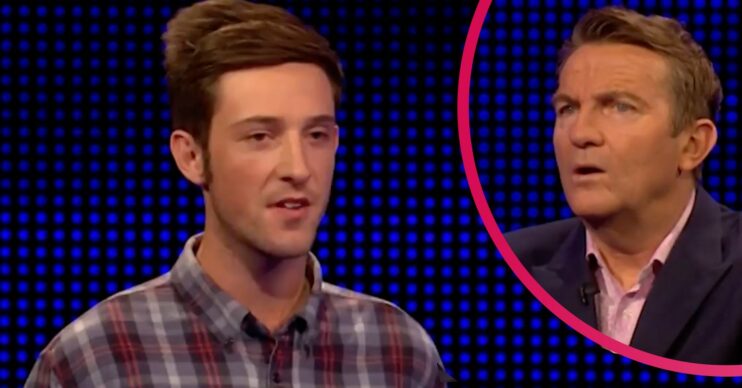 The Chase host Bradley Walsh was left seriously shocked by a contestant’s appearance following a stunning confession they made.

One of the contestants revealed that he is a competitive eater in his spare time – leaving Bradley trying to figure out how he was so slim!

Last night’s show saw another four contestants go up against the Chaser to win big.

Among the contestants on the show was Matt – originally from Portsmouth but now living in London.

When Matt stepped up to take part in the cash builder round, Bradley asked him what his hobbies are.

Matt’s reply shocked not only the audience but Bradley too.

Despite being very slim, Matt confessed that in his spare time he’s a competitive eater.

“I’m big on my food, and when I say that I don’t mean quality, I mean quantity,” he said.

Matt then went on to speak about some of the eating challenges he’s taken part in.

“My first formal challenge was back in 2015 in Australia, which was a kilogram of steak, 500 grams of chips, 500 grams of vegetables and I had to do that in 30 minutes,” he said.

Bradley looked stunned as Matt spoke about his pasttime.

“I was the first person ever to complete the challenge,” Matt declared. He then later revealed that he hadn’t failed the challenge yet.

“I’m surprised you don’t weigh heavier!” Bradley exclaimed. “You can see that you’re tall, I can see that, but…”

Matt then revealed that he does a lot of exercise.

After the chat about his unusual hobby was up, Matt then took on the cash builder round.

He did impressively well, managing to answer nine questions right – giving him £9,000.

He then took on Mark Labbett, aka The Beast – and headed into the Final Chase with all £9,000.

Together they managed to answer 13 questions correctly, giving them a bit of a headstart over The Beast.

However, Mark managed to catch up with them with 54 seconds to spare – meaning they went home empty-handed.