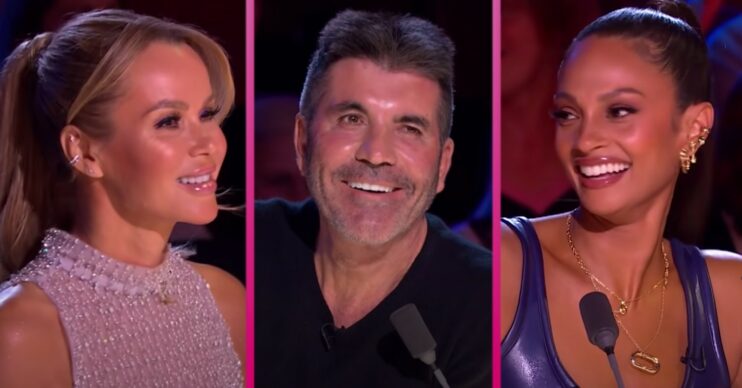 BGT 2022 hit by fresh controversy as ITV breaks silence: ‘They are NOT household names’

But are those moaning about the talented act correct?

The 2022 series of BGT has been hit by fresh controversy from Britain’s Got Talent fans who believe one of last night’s acts is “already known”.

They bagged four thumbs up from the ITV judges and sailed into the next round.

But some of those watching at home indicated they thought the choir were at an advantage because they “aren’t amateurs”.

Apparently, some Britain’s Got Talent fans are of the opinion that “well known” acts should not participate.

And while nobody denied the choir’s extraordinary talent, there were suggestions the singers could be “blocking” other acts’ route to fame.

The choir, formed in 1989, has previously appeared on The One Show.

They have also performed at the Royal Albert Hall.

A statement from the group read: “The London Community Gospel Choir is approaching its 40th anniversary and we decided to audition for BGT, to mark that occasion and use the platform to help leave behind a lasting legacy.

“While we may be known to some in the industry, London Community Gospel Choir is not yet a household name.

“We have been fortunate enough to collaborate with some established acts but now is the time for the choir to make a name for itself in its own right and have our time in the spotlight.”

The complaints pour in from viewers

One Twitter user objected: “How come @LCGCtweets need to be on @BGT? They are already known worldwide. This is stopping a new unknown act getting their big break #BritainsGotTalent.”

Someone replying to their post suggested a “fix” as they made the completely unsubstantiated claim: “I smell a rat here.”

This is not a fix, and we take fix claims extremely seriously.

Someone else claimed BGT is for acts without professional experience.

They posted: “I thought it was stunning – but out of place on a talent show for amateurs.”

They went on, accusing the choir: “Why do you think it’s okay, as a world famous act, to take a place on this show for newcomers and pretend you aren’t already superstars? Disappointing.”

And another person added: “They were great but they’re so well known. Can’t help feeling bad for the other unknown acts.”

But someone else replied to their point: “So what? It’s great to see them on the TV.”

“About time they got to showcase their awesomeness #BGT.”

“How could anyone not have a huge grin across their face while listening to and watching @LCGCtweets? Fantastic performance,” added someone else.

And a third fan contributed; “What an awesome, feel-good act for a Saturday night! Well done all of you at @LCGCtweets. Amazing performance! #BGT.”

ITV hits back at claims

“This is not a fix, and we take fix claims extremely seriously.

“Anyone can apply for Britain’s Got Talent, whether they are professional or amateur, irrespective of their experience.

“All contestants are auditioned on merit and judged on their performance on the day and whilst some of the acts appearing on the show may have tasted a level of success, they are not household names.

“All enter the contest with the hope of elevating their career to the highest level.

“Thank you to our viewers who tuned in to watch the episode last night.”

Britain’s Got Talent next airs on ITV on Saturday April 30 at 8pm.