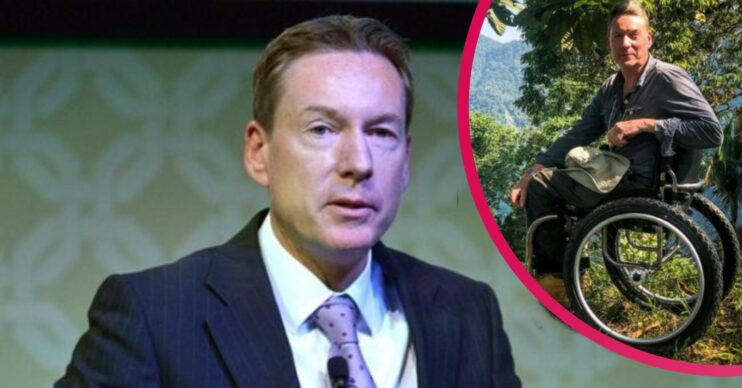 Being Frank on BBC Two: Who is Frank Gardner and what happened to him?

The documentary investigates what it's like to suddenly become disabled

Being Frank: The Frank Gardner Story tells the devastating story of a man in the prime of his life who suddenly became disabled – so who is Frank Gardner?

What happened to him? And how is he now?

Read more: Documentary In the Footsteps of Killers on C4 accused of being in bad taste

Who is Frank Gardner?

Frank Gardner is a British journalist and author.

He is currently the BBC’s Security Correspondent.

After several years in the army, Frank subsequently joined BBC World as a producer and reporter in 1995.

The BBC appointed him their first full-time Gulf correspondent in 1997.

Then they later appointed him BBC Middle East correspondent in 1999.

After the September 11 attacks in New York in 2001, he began to specialise in covering stories related to the War on Terror.

What happened to him?

On June 6 2004, Frank was reporting from Al-Suwaidi in Saudi Arabia.

The six bullets punctured him 11 times.

One of his spinal nerves was hit in the attack and he was left partially paralysed in the legs.

That’s as well as months and months of rehabilitation.

Finally, Frank returned to reporting for the BBC in mid-2005, using a wheelchair or a frame.

The Queen appointed Frank an Officer of the Order of the British Empire (OBE) for services to journalism.

How is he now?

Frank, now 59, remains a correspondent for the BBC and continues to campaign for the rights of disabled people.

He has presented a variety of documentaries for the BBC ever since 2011.

Here he visited the area where he was shot and the hospital where he recovered from his attack.

In September 2015, he took part in an episode of the BBC’s family history programme Who Do You Think You Are?

He discovered he’s directly descended from William The Conqueror!

Frank has several books out, too.

They include two works of non-fiction, as well as a series of novels featuring the fictional MI6 spy Luke Carlton.

His bestseller Blood and Sand describes his 25 years of Middle Eastern experiences.

Being Frank: The Frank Gardner Story on BBC Two

Frank relives the horrifying event that changed his life forever in 2004.

He explores what happened to him and what it’s like to suddenly become disabled.

Frank was left disabled 16 years ago after being shot by Al-Qaeda gunmen while doing his job.

In this deeply personal film, he talks candidly about the effects his injuries have had on his life, work, relationships and the way he views himself.

He also meets others going through life-changing injuries.

Frank also opens up about his recent separation from his wife of 22 years, Amanda.

Frank is now in a relationship with BBC weather presenter Elizabeth Rizzini – they met in a lift at work!

Being Frank: The Frank Gardner Story was originally broadcast by BBC Two on 5 November 2020.

What do you think of Frank Gardner’s story? Leave us a comment on our Facebook page @EntertainmentDailyFix.