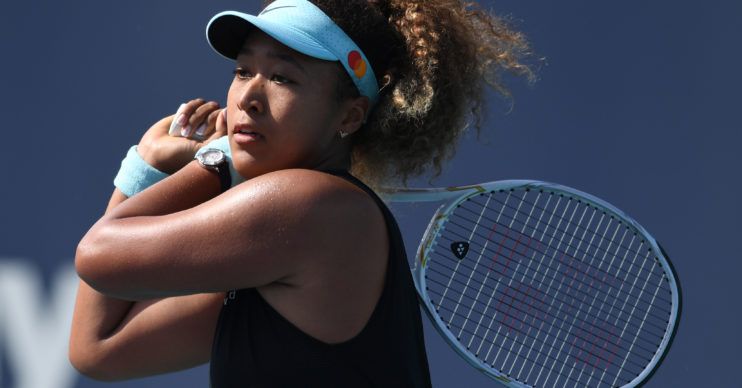 Naomi Osaka Netflix documentary to be released in July 2021

The tennis ace is opening her life to the cameras for the first time.

Tennis ace Naomi Osaka will open her life and career to cameras for a new Netflix documentary.

The Japanese star, 23, hit headlines at the end of May by quitting the French Open for her mental health.

Osaka, who ranks as one of the best players in the world, got into disputes over appearing at press conferences.

After being threatened with fines, she withdrew entirely.

Now, fans will be able to see the real-life pressures the star was under before making the decision.

The series will air next month on the streaming service.

What does the documentary cover?

With unprecedented access, Netflix follows Osaka as she fights for grand slam titles, making a name for herself across the world.

However, she’s soon mourning the unexpected loss of mentor Kobe Bryant, who died in January 2020 in a plane crash.

Osaka also begins to use her platform for social change, wearing masks in defence of the Black Lives Matter movement.

Netflix says they have “fly-on-the-wall intimacy” for filming, as they chronicle her hectic training and travel schedule.

This includes the pressure she feels as a woman in the public eye and balancing her private life.

She also delves into her Haitian heritage and her connection with Japan.

It’s not known if the film, commissioned before her withdrawal, will include the new development.

On May 31st, Osaka posted a long statement online about her decision to withdraw from the French Open.

In it, she explains her anxieties around press conferences, being threatened with fines if she refused to do them.

The statement reads: “I think now the best thing for the tournament, the other players and my well-being is that I withdraw so that everyone can get back to focusing on the tennis going on in Paris.

“I never wanted to be a distraction and I accept that my timing was not ideal and my message could have been clearer.

“More importantly, I would never trivialize mental health or use the term lightly. The truth is that I have suffered long bouts of depression since the US Open in 2018 and I have had a really hard time coping with that.

“Anyone that knows me knows I’m introverted, and anyone that has seen me at the tournaments will notice that I’m often wearing headphones as that helps dull my social anxiety.

“Though the tennis press has always been kind to me (and I wanna apologise especially to all the cool journalists who I may have hurt), I am not a natural public speaker and get huge waves of anxiety before I speak to the world’s media.

“I get really nervous and find it stressful to always try to engage and give the best answers I can.”

She adds that she feels rules around mandatory press conferences were “outdated” and wants to “exercise self-care” by skipping the conferences.

“I’m gonna take some time away from the court now,” she concludes. “But when the time is right I really want to work with the Tour to discuss ways we can make things better for the players, press and fans.

“Anyways I hope you are all doing well and staying safe, love you guys and I’ll see you when I see you.”

When is the documentary out?

It will feature in-depth chats with Osaka, her friends and family.

There will also be behind-the-scenes filming of life away from the court.