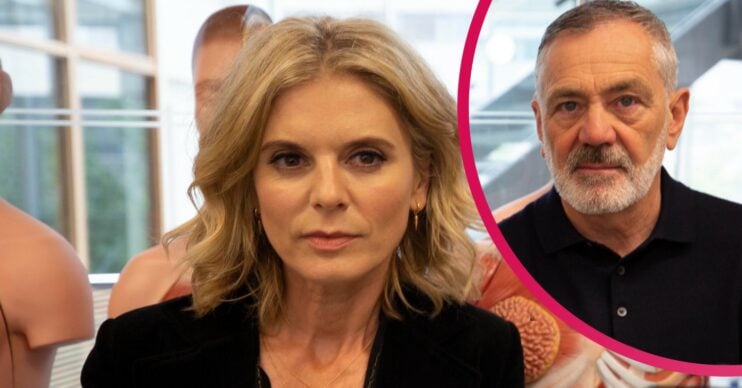 Not all viewers appreciate the format

In the Footsteps of Killers launched on Channel 4 last week, and both viewers and critics had very differing reactions to the true crime documentary.

Some called it in bad taste, while others enjoyed the series, begging for more episodes.

Is it tasteless or an insightful re-examining of cold case crimes?

Read more: What happened to David Spencer and Patrick Warren and what does milk carton kids mean?

What’s the show about?

In the Footsteps of Killers uses the latest in forensic science to shed new light on these troubling cases.

David and Emilia look for new leads the original investigation may have missed.

The travel to the locations of the crime to interview the witnesses, suspects and friends and family of the victims.

Then they subsequently attempt to build a picture of what happened.

The opening episode saw the pair re-examine the 1996 disappearance of David Spencer and Patrick Warren.

Episode two focuses on Suzy Lamplugh, while the final episode re-examines the murder of Rita Ellis.

In the Footsteps of Killers reactions: What did viewers say?

Some viewers slammed the show for going over old ground, and for dramatising crimes that must still be painful to the families left behind.

One viewer tweeted: “I don’t believe Emilia Fox has done the slightest bit of research for these staged phone calls.

“This is such a strange, disingenuous format that undermines the narrative.”

Another uncomfortable viewer added: “How distressing for the families of the victims to see this documentary reduce the murder of their children to pseudo-drama/entertainment ‘starring’ Emilia Fox. So very sad. Switching off.”

A third seethed: “They just presented already known facts. This was terrible. Especially episode one where they spent 45mins slating the police and then ‘figuring it out’, then they take the ‘new findings’ to the police and he’s like ‘yeah we know’.”

“This could have been a great programme with simple narration,” said another. “Spoiled by the scripted ‘acting’ by the presenters.”

Another armchair critic spoke for many when they wrote: “For such a delicate subject, the filming was all wrong.

“I feel for the parents but this was more of a silent witness crossover than a serious documentary.

“No need for long shots on pondering… The real life story should be and always be the main focus.”

We have to agree, the format jars in places.

Some ‘scenes’ seem scripted, with Emilia acting rather than participating.

Don’t get us wrong, we love her – but what are her qualifications to investigate a cold case crime?

Because she plays a forensic pathologist in Silent Witness? Surely not!

In episode two, which investigates the disappearance of Suzy Lamplugh, no new evidence is found which isn’t already out there.

Praise for C4 series In the Footsteps of Killers

The show has plenty of fans, too.

One contented viewer wrote: “@ProfDavidWilson @EmiliaFox you make a great team! This is unbelievable! Fascinating but heartbreaking, my heart and thoughts are with all of the families affected.”

A third enthused: “I’ve watched all three episodes of C4’s ‘In the Footsteps of Killers’ with @ProfDavidWilson and @EmiliaFox.

“We have so many unsolved murders in this country that need platforms like this. More please!”

Even Philip Jeyes, a relative of one of the victims, praised the show.

He tweeted: “Thanks to @EmiliaFox @ProfDavidWilson @Leda__Reynolds @Channel4 and @alaskatv for great work covering the failings of @WMPolice in dealing with the murders of my wife’s brother Mark Billington and Patrick Warren and David Spencer. The fight for justice goes on #inthetstepsofkillers.”

In the Footsteps of Killers reactions: what have the critics said?

The Times’ James Jackson accepts the series on face value, describing it as “a bit like one of those true-crime podcasts brought to screen”.

However, The Telegraph’s Anita Singh asked: “How did this staggeringly ill-judged show ever get made?”

She went on to say: “The families of the victims deserve better than this bizarre hybrid of true-crime documentary and drama.

“[…] Emilia Fox and David Wilson discovered nothing that the police don’t already know.”

Gerard Gilbert of inews.co.uk said: “In the Footsteps of Killers is a queasy muddle of fact and fiction.

“This rather tasteless real-crime documentary failed to uncover anything of worth.”

Do you think In the Footsteps of Killers is tasteless? Leave us a comment on our Facebook page @EntertainmentDailyFix.

Channel 4 David Wilson Emilia Fox In the Footsteps of Killers