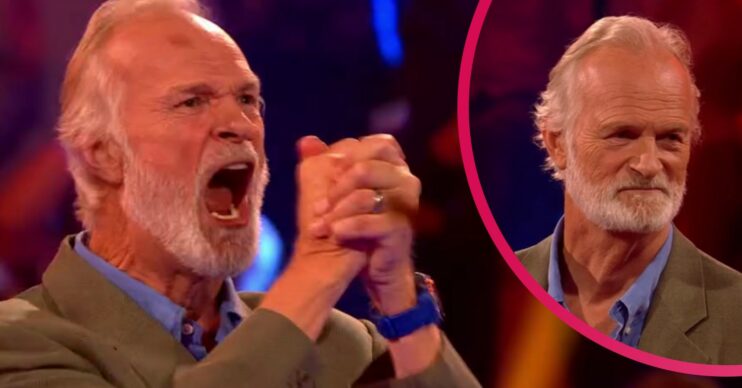 Viewers of Beat the Chasers bore witness to one of the biggest wins in the show’s history last night (Monday, January 10)!

Clive Mantle of Game of Thrones fame won an enormous £100,000 for charity in a tense and emotional episode yesterday.

Clive Mantle on Beat the Chasers

Clive, 63, joined Jenny Eclair, Omid Djalili, and Richard Whitehead on the show during last night’s celebrity special. The veteran actor was playing for the chance to win money for the National Youth Theatre of Great Britain.

Perhaps the Chasers should have seen something spectacular coming by the way Clive entered the studio.

“He doesn’t look too fazed,” Darragh Ennis, aka The Menace, could be heard saying as Clive walked in.

Read more: Beat the Chasers: Celebrity Special on ITV1 – who are the famous faces taking part with Clive Mantle?

Clive then went on to take part in the cash builder round in which he managed to raise £3,000. He answered a question about Madonna wrong, leading to Bradley Walsh giving him a choice of options.

Clive then decided to play against five chasers for the chance to win £100,000. The issue was, the Chasers had 41 seconds on the clock.

Clive’s decision to go for the £100,000 drew a huge round of applause from both the audience and the Chasers. Even Bradley looked impressed with the veteran actor.

What followed was an incredibly tense round of Beat the Chasers which saw Clive come out on top! The 63-year-old still had 14 seconds to spare when the Chasers’ clock ran out.

Gold confetti dropped from the air and the crowd went wild as Clive’s victory was confirmed. The actor looked emotional as he was given a standing ovation by the Chasers and the audience.

“Wow! What a performance!” Bradley said.

“I can’t tell you what that money will do for the Youth Theatre,” Clive said. “Fantastic.”

Clive wasn’t the only one who got emotional after his enormous win! Viewers on Twitter were feeling a little teary-eyed too!

“Wonderful win on #BeatTheChasers with the brilliant #clivemantle for @NYTofGB – brought a tear to my eye,” another said.

“What a final round that was,” a third tweeted. “Cracker by #clivemantle.”

“Clive Mantle’s rather lovely isn’t he?” a fifth viewer said.

The National Youth Theatre took to Twitter to thank Clive after the show.

“Huge thanks to legendary #NYTAlumnus @MantleClive who just #BeatTheChasers and chose to donate the winnings to support the next generation of theatrical talent,” they wrote.

What did you think of Clive’s win? Leave us a comment on our Facebook page @EntertainmentDailyFix and let us know!

Beat the Chasers The Chase