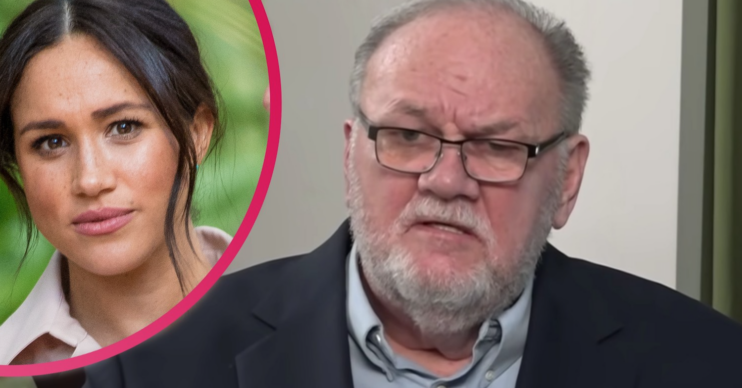 Viewers got in touch to complain

GMB has been hit with Ofcom complaints after Thomas Markle branded his daughter Meghan Markle “silly”.

The 77 year old appeared on the ITV breakfast show earlier this month to talk about his relationship with the Duchess of Sussex.

What did Thomas Markle say on GMB?

Markle appeared on GMB on October 19 and reiterated his desire to see his granddaughter Lilibet, who he has not yet met.

During the show, he talked about his estrangement from his daughter.

He said: “This is way too childish, it’s kind of silly.

“It’s time to talk to each other, those kids will grow up without knowing they have two families.”

Markle also went on to say that all Meghan and husband Prince Harry care about is money.

He also claimed that Harry had “abandoned the Queen”.

How many complaints did Ofcom receive?

TV’s governing body Ofcom has confirmed that it has received 55 complaints from viewers about the interview.

At the time some viewers took to Twitter to complain themselves.

One said: “I’m appalled he’s selling his daughter out again, once a parent always a parent.

“This isn’t the way to repair the breakdown in their relationship.”

When did Meghan and Thomas’s troubles begin?

Meghan’s relationship with Thomas took a downward turn when she became pregnant with her first child, Archie.

She reportedly did not tell her father about the pregnancy, nor that of baby Lilibet.

And, earlier this year, Mr Markle threatened to take his daughter to court in order to see his grandchildren.

Their feud, however, began in 2016 when Meghan first started dating Harry.

And then, when the couple were married in 2018, he revealed he couldn’t make it to the wedding because he had to have a heart surgery.

He then accused the royal family and his daughter of “cutting him off”.